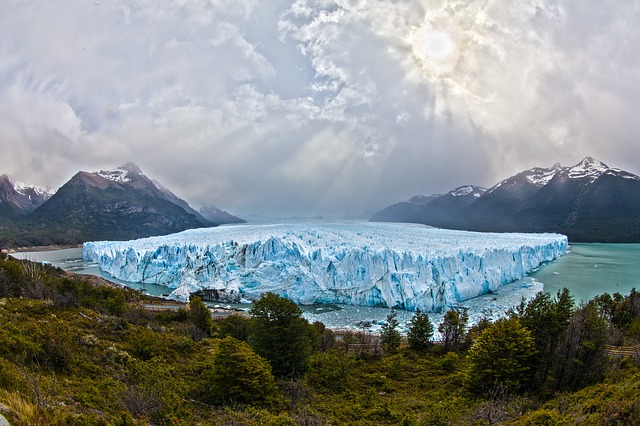 A new study has provided new insights into solving the mystery of how Ice Age giants suddenly died out thousands of years ago.

Science 2.0 reports that research led by the Australian Centre for Ancient DNA (ACAD) at the University of Adelaide has discovered that a perfect storm created by a combination of a rapidly warming climate and the arrival of humans wiped out elephant-sized sloths, humongous bears and giant sabre-toothed cats that had once lived on the windswept plains of Patagonia in South America.

The timing and the reason for this sudden mass extinction 12,300 years ago was unsolved for centuries. Now, scientists have a better idea of what really happened. Lead author Professor Alan Cooper, Director of ACAD, says that, “Patagonia turns out to be the Rosetta Stone – it shows that human colonisation didn’t immediately result in extinctions, but only as long as it stayed cold.”

Instead, more than 1000 years of human occupation passed before a rapid warming event occurred, and then the megafauna were extinct within a hundred years.

Patagonia is a remote location at the southernmost tip of South America, shared by Chile and Argentina. It has some of the richest archeological findings dating back to at least the 13th millennium BC. Animal remains and traces of human occupation have been found in caves throughout the area, such as in Cueva del Milodon and Tres Arroyos.

There have been numerous discoveries of gigantic animals that had lived in Patagonia, including dinosaur fossils like the Carolinii, the largest carnivorous dinosaur that surpassed even the Tyrannosaurus Rex in size. Other similar remains discovered in Australia, showing that the South American continent was connected to Australia at one point in geological history. The area has provided plenty of valuable information into human migration and animal life over thousands of years, but much of Patagonia’s history remains unclear to scientists until now.

The international team of researchers, including some from the University of Colorado Boulder, the University of Magallanes in Patagonia and the University of New South Wales, reviewed ancient DNA taken from 89 radiocarbon-dated bones and teeth that had been found in caves and rock shelters across Patagonia and Tierra del Fuego to determine the genetic history of the extinct species. The studies showed that animals such as the South American horse, the giant jaguar, the sabre-tooth cat and the behemoth one-ton short-faced bear – the biggest land-based mammal carnivore – had once roamed Patagonia in large numbers, then disappeared shortly after humans arrived in the area.

Humans had been in Patagonia for around 1000 years before the animals started going extinct, living with them through a cold period known as the Antarctic Cold Reversal. During this time, the Earth was warming as it emerged from the last glacial period, but suddenly cooled down for around 1,500 years. When things started getting warm rapidly again, much of the ice in Patagonia began melting, allowing trees and other flora to grow, which in turn began changing the animals’ original habitats.

The pattern of human colonization in North and South America, along with the contrasting temperature trends in the continents, led the researchers to trace the impact of humans and climate change on the Patagonian environment.

Professor Chris Turney from the University of New South Wales says, “The Americas are unique in that humans moved through two continents, from Alaska to Patagonia, in just 1500 years. As they did so, they passed through distinctly different climate states – warm in the north, and cold in the south. As a result, we can contrast human impacts under the different climatic conditions.”

The only large animal species to have survived the changes were the ancestors of the modern-day llama and alpaca, the guanaco and vicuna, and even those were on the brink of extinction.

Recently, the Brambly Cay Melomys went extinct (New York Times) thereby having the dubious honor of being the first recorded mammal to disappear completely due to human-driven climate change.  It was known to only exist on Bramble Cay which is a very tiny atoll off the coast of Australia.  The higher tides and surging seawater caused by increasingly warm temperatures destroyed the only source of food along with its habitat.

Dr. Jessica Metcalf from the University of Colorado Boulder says, “The ancient genetic data show that only the late arrival in Patagonia of a population of guanacos from the north saved the species, all other populations became extinct.” Today, guanaco herds can be found in the mountainous regions of Peru, Bolivia, Chile and Argentina while vicunas live high in the alpine areas of the Andes mountains.

Dr. Fabiana Martin from the University of Magallanes adds, “In 1936 Fell’s cave, a small rock shelter in Patagonia, was the first site in the world to show that humans had hunted Ice Age megafauna. So it seems appropriate that we’re now using the bones from the area to reveal the key role of climate warming, and humans, in the megafaunal extinctions.”

Fell’s Cave, or Cueva Fell, is a natural cave in southern Patagonia near the Chilean-Argentinian border that is a significant archeological site. Small bone tools, decorative items, arrowheads, knives, and other remnants in the cave showed that humans lived in the area during various time periods, and are likely to have hunted the Ice Age animals that were present during the time.