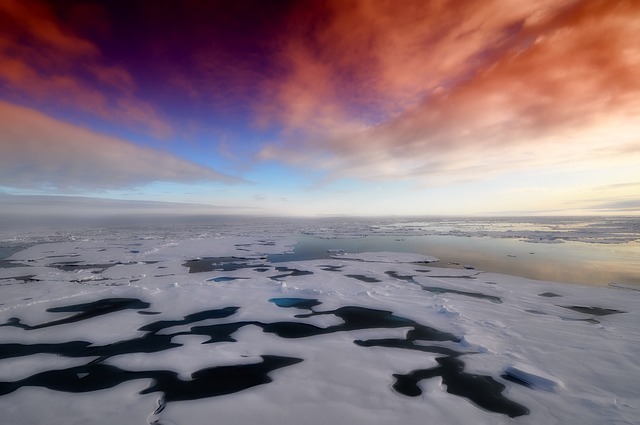 Antarctica has made history by accumulating the highest carbon dioxide levels for the first time in four million years, breaking the barrier of 400 parts per million (ppm).

Carbon dioxide levels has been steadily increasing since the Industrial Revolution began, setting new records annually. Now, Antarctica – the last place on Earth to have had no previous readings of 400 ppm – has finally crossed the threshold, the National Oceanic and Atmospheric Administration (NOAA) announced Wednesday.

Carbon dioxide levels of 400 ppm has been designated as a critical level.  The world as a whole passed the threshold for one month last year, according to Climate Central.

The South Pole Observatory in Antarctica was reported to have reached the threshold on May 23.

The movement of carbon dioxide across the atmosphere varies. Most carbon pollution emanates from the northern hemisphere, as that’s where the majority of the planet’s population lives. This is partly why carbon dioxide levels reached the 400 ppm mark earlier in northern parts of the world.

Now, the most remote place on Earth has caught up with the rest. Pieter Tans, a scientist monitoring carbon at the Environmental Science Research Laboratory, said that,

The increase of carbon dioxide is everywhere, even as far away as you can get from civilization. If you emit carbon dioxide in New York, some fraction of it will be in the South Pole next year.

The South Pole Observatory’s readings could drop below 400 ppm, but research published earlier this week suggests that Earth has collectively crossed the point of no return, at least for the next few million years.

This event in Antarctica is a significant reminder of how human activities continue to change the face of the planet, with sea levels rising at least a foot in the past 120 years and global temperatures rising 1.8 degrees Fahrenheit (1 degree Celsius). Ice in the Arctic waters have melted by 13.4% every ten years since the 1970s, oceans are reaching their most acidic levels in millions of years, extreme heat is killing coral reefs and global warming as a whole has been responsible for multiple catastrophic events around the world.

The Paris Agreement last year proved to be a solid starting point towards reducing the impact humans are having on the planet and in slowing down carbon dioxide emissions. But the world will need a near complete reversal in order to avoid the worst impact of climate change.

The monitoring activities in the South Pole and other observatories continues to be a highly important activity, as it measures how effective the efforts under the Paris Agreement will be and if its goals are being met.