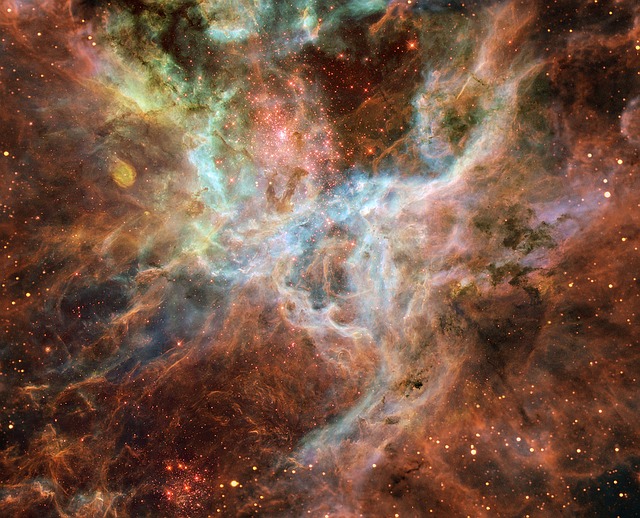 Scientists have discovered traces of oxygen in one of the world’s first – and most ancient – galaxies, created just after the cosmic “Dark Ages” that was already in existence before stars were formed, reports Space.com.

A new study led to this discovery in the galaxy SXDF-NB1006-2, located some 13.1 billion light years away from Earth, which scientists say could help solve the mystery of how the very first stars cleared what was once a foggy universe.

After about 380,000 years after the Big Bang, the universe then cooled down enough to recombine particles into atoms, allowing light to shine through. However, the cosmic “Dark Ages” happened, when there were no stars, hence no light. 150 million years after the Big Bang, the universe began reionization, the period during which the “Dark Ages” ended and clumps of gas began collapsing enough to form the universe’s first galaxies and stars. The intense ultraviolet light from these new formations ionized and destroyed neutrally charged atoms, splitting them again to form protons and electrons.

The period of reionization is quite difficult for scientists to fully understand, as it happened billions of years ago. In order to form better conclusions, astronomers have to look for objects that are as far as can possibly be seen by the best, most high-powered telescopes. Because of this, there is very little data on what the first stars were like, how the earliest galaxies were created and what other sources of light caused the reionization effect.

Now, by looking at galaxy SXDF-NB1006-2, scientists may have discovered the cause for this reionization.

Akio Inoue, lead author on the study and astronomer at Osaka Sangyo University in Japan, said, “The galaxy we observed may be a strong light source for reionization.”

Using data from the Atacama Large Millimeter/submillimeter Array (ALMA) in the Atacama Desert in Chile, the scientists were able to see what SXDF-NB1006-2 looked like 700 million years after the Big Bang happened. They focused on light coming from oxygen and dust particles.

“Seeking heavy elements in the early universe is an essential approach to explore the star formation activity in that period,” Inoue said. The researchers saw clear signs of oxygen in the ancient galaxy, the most distant ever detected. The oxygen was ionized, positing the theory that the galaxy had many young, giant stars much larger than the sun, which would also have emitted strong ultraviolet light.

The research team conducted simulations and found that the old galaxy has two to three times less dust than was predicted, which may have helped in reionization. “SXDF-NB1006-2 would be a prototype of the light sources responsible for the cosmic reionization,” Inoue said.

The team is continuing to study SXDF-NB1006-2 using ALMA. Their findings were published in the journal Science.