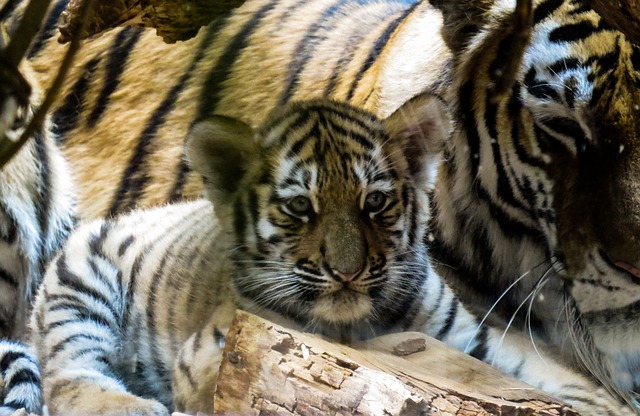 Thai wildlife officials found the carcasses of 40 dead tiger cubs in a freezer at Wat Pha Luang Ta Bua, a monastery commonly called the Tiger Temple that is one of Thailand’s most controversial tourist attractions. The authorities are investigating if these tigers are evidence of the temple’s involvement in illegal wildlife trading, the New York Times reports.

The discovery of the cubs happened as Thai wildlife rangers were taking away over 30 adult tigers from the temple in an effort to shut it down, after receiving complaints that the temple, found in western Thailand, was trafficking in endangered species.

A Buddhist monastery that offers tourists paid close encounters with tigers, the Tiger Temple has been the target of conservationists and animal rights activists due to accusations of animal exploitation and abuse – all of which the temple has denied.

Wildlife authorities said that only one of the dead tiger cubs was turned over to the government, as the law requires, and that the police are still investigating the matter.

The selling of tiger parts is illegal, but they remain a highly prized commodity in Asia, particularly in China, where they are used in traditional medicine. There is a market for frozen tiger cubs, as seen in the arrest of a Vietnamese man who was carrying four of them.

Spokespersons for the Tiger Temple said that they had notified Thailand’s Wildlife Conservation Office of all the cubs’ births and deaths and that the bodies were proof that none of them went on the black market.

“We have declared all the deaths to the officials over years,” says Supitpong Pakdjarung, a former police colonel who runs the temple’s business. “They’ve known about these carcasses for a long time.”

The Wildlife Conservation Office has been trying to shut down the temple’s operations for months. The temple has branded itself as a place of healing where people and tigers live in harmony, charging tourists as much as $140 per head for the chance to bathe, feed and play with adult tigers.

A former veterinarian had previously reported illegal trading in the temple, saying three adult tigers had disappeared, starting an investigation into the temple’s activities.

Adisorn Noochdumrong, deputy director general of the country’s Department of National Parks, Wildlife and Plant Conservation, said a member of the temple’s staff had reported the cubs’ presence to the authorities. He says the department is set to perform DNA tests on the seized adult tigers and the dead cubs to check if they are related.