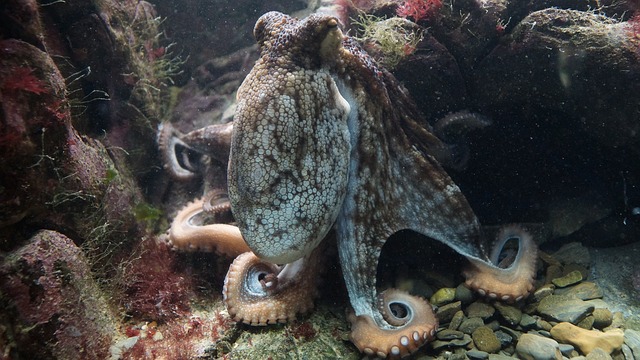 Coral reefs are withering and fisheries are dying out around the world, but like a bad horror movie, cephalopods – squids, octopuses, cuttlefish – are multiplying in vast numbers.

An analysis published in Current Biology states that numerous species have increased greatly and at a steady rate since the 1950s, and scientists are unsure why.

“The consistency was the biggest surprise,” Zoe Doubleday, lead study author from the University of Adelaide says. “Cephalopods are notoriously variable, and population abundance can fluctuate wildly, both within and among species.”

These fluctuations are what inspired this new research. A few years ago, the giant Australian cuttlefish saw a sharp decrease in population, almost disappearing completely. Doubleday states that this phenomenon gave one of her co-authors the idea to look at boom-bust cycles across other cephalopods to see if there were similar patterns.

Gathering data from fishery data and previous scientific studies, the team put together a time series of information on the population of 35 species or genera of cephalopods from all major ocean regions from 1953 to 2013. While they found a variability year-to-year and a small number of species slowed down in population growth, many cephalopod populations in many parts of the ocean across the world have grown, including the Australian giant cuttlefish which has begun to recover.

Doubleday and her peers are still trying to determine why cephalopods are thriving when everything else in the ocean seems to be going in the other direction. The scientists suspect it has something to do with rapid population turnover rates. Doubleday says,

Cephalopods tend to boom and bust – they’re called the weeds of the sea. If environmental conditions are good, they can rapidly exploit those conditions because they grow so fast.

One factor in improved environmental conditions for the cephalopods is that humans are taking out predatory fish, which are their main competitors. Another factor could be global warming. “I don’t think it’s any one single factor. But something’s changing on quite a large scale that’s giving cephalopods an edge,” Doubleday says.

As the oceans continue to experience drastic changes, the fate of all marine creatures remains in doubt. There is evidence that higher acidity levels might prevent cephalopod growth, and squid and octopuses are being harvested more and more to feed humans. In addition, cephalopods just might become too numerous and will run out of prey. “They’re highly cannibalistic—they might start eating each other if they overgrow,” Doubleday says.

It’s too early to tell whether or not squid and octopuses will take over the oceans, but this study does highlight just how dramatic the changes on the planet have become.