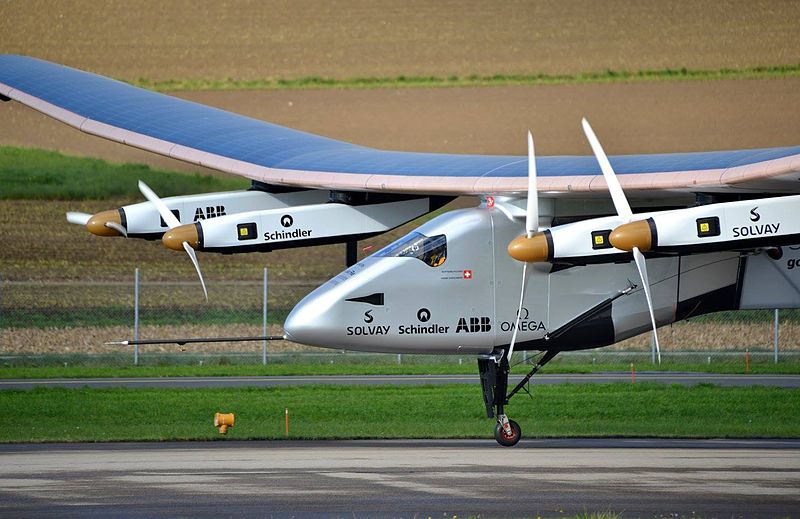 The goal of the Swiss-team is to complete the first trip around the world in a plane without fuel and without polluting the environment. So far, the plane has flown to five different countries since taking off from the United Arab Emirates last year.

The trans-pacific portion of the trip was considered to be the most dangerous leg due to limited landing sites, according to The Washington Post. The solar-powered plane has sustained damage over the course of its trip forcing the pilots to make several long stops along the way. The plane landed safely in California over the weekend after being delayed in Hawaii since July because of a damaged battery.

The Solar Impulse 2 team sent this tweet with footage of their landing:

Piccard, the medical doctor, explorer and aeronaut, who landed the plane on Saturday, wrote on the Solar Impulse 2 website, “If governments had the courage to promote clean technologies on a massive scale, our society could simultaneously reduce its dependence on fossil fuels, create jobs and stimulate sustainable growth.”

The Solar Impulse 2 is scheduled to make three stops in the U.S.