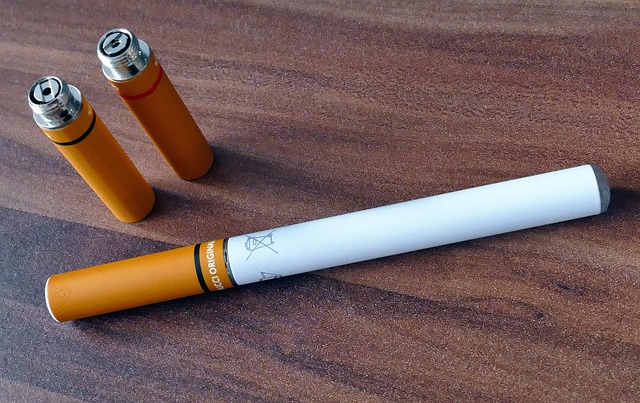 Vaping is on the rise among teenagers, according to data compiled by the US Centers for Disease Control and Prevention’s National Youth Tobacco Survey.

The use of e-cigarettes, or vaping as it is commonly known, has seen a sharp increase since 2011 in both middle-school and high school students. The CDC states that e-cigarettes have become increasingly more popular, surpassing the sales of traditional cigarettes in 2014. A trend among teenagers, e-cigarettes deliver flavored vapor, and sometimes nicotine, to a person’s lungs rather than smoke.

The government report indicates that an estimated 5.3% of middle schoolers and 16% of high school adolescents has used an e-cigarette within the past month. This was a 10% increase from previous numbers. In 2015, 1.8 million teen students had tried vaping.

The popularity of e-cigarettes stems mainly from the fact that it is deemed to have much less of an effect on a user’s lungs, with fewer carcinogens. A review from Public Health England states that vaping is 95% safer and 40% cheaper than normal cigarettes, something that e-cigarette companies have been using to push their products.

Promoted as a way to quit tobacco smoking by reducing nicotine intake, e-cigarettes also come in an array of flavors to make them more attractive to consumers. There is an ongoing debate about whom these flavored e-cigarettes are being marketed towards, with concerns that these ads encourage children and teenagers to vape. While there is no clear answer, it stands to reason that advertising plays a huge part in e-cigarette sales across all demographics.

These alarming statistics have propelled ongoing discussions on how vaping may contribute greatly to nicotine addiction in teens, as well as other health risks and diseases. Scientists and health professionals are still studying the matter to determine how exactly using e-cigarettes affect one’s health in the long run.

Nicotine is another factor in the controversy regarding teen vaping. Evidence suggests that teenagers are more vulnerable to nicotine because the pre-frontal cortex of the brain does not mature until adulthood. This means exposure to nicotine may lead to psychiatric, social and attention-deficit disorders as an adolescent grows. It also encourages addiction to nicotine.

A survey sponsored by the National Institutes of Health have shown that about 66% of their teenage respondents had vaped in the past 30 days, but saying they used nicotine-free liquid. 22% of students in 12th grade admitted to vaping with nicotine, while 6-7% said they had substituted marijuana or hash oil in their e-cigarettes.

On the bright side, the US Food and Drug Administration is currently looking into tightening regulations for vaping. US News has more information. Researchers continue their efforts to find clarify the questions surrounding vaping, to better address the effects it is now having on the world.