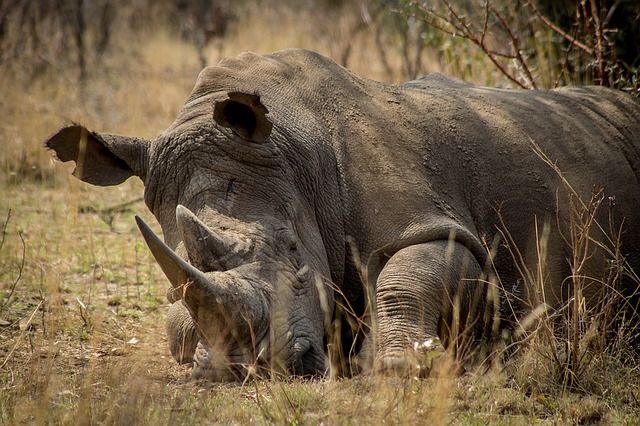 Research funded by the National Science Foundation may have found an ingenious solution to poaching: applying game theory and computer science to real-life situations.

One of the biggest factors in why there are so many endangered animals today is poaching – a centuries-old problem. The dwindling tiger population is one of the most glaring examples of this. Whether for sport, medicine, pelts or other body parts, poaching remains a huge threat to wildlife.

Patrols have long been the most direct form of human intervention in wildlife protection. This is especially true for large national parks and forest reserves. However, the efficacy of these patrols in stopping poaching has its limits. In a report from the NSF, Fei Fang from the computer science department at the University of Southern California, states, ”In most parks, ranger patrols are poorly planned, reactive rather than pro-active, and habitual.”

To address these limitations, the NSF and the Army Research Office have teamed up to fund a project that uses artificial intelligence (AI) and game theory to stop poaching. Fang is part of this team, along with Millind Tambe, professor of computer science and industrial and systems engineering and director of the Teamcore Research Group on Agents and Multiagent Systems. They collaborate with other researchers from the USA, Singapore, Malaysia and the Netherlands.

This project relies on the use of “green security games,” or game theory. Game theory, according to Roger Myerson, is”the study of mathematical models of conflict and cooperation between intelligent rational decision-makers.” It makes use of mathematical theory and models of rational cooperation and conflict to predict how an enemy behaves, and therefore plan ahead. Tambe has already produced a similar method now in use by the Coast Guard and the Transportation Security Administration. She says,

This research is a step in demonstrating that AI can have a really significant positive impact on society and allow us to assist humanity in solving some of the major challenges we face.

The study was presented at the IAAI Conference on Artificial Intelligence in February. The team created PAWS (Protection Assistant for Wildlife Security) in 2013, going on to test this AI-based system in Uganda and Malaysia.

PAWS works by studying data on past patrols and poaching activity to learn, predict patterns and plan ahead for preventive measures. It uses information on terrain, topography, foot and animal traffic and natural paths to create a kind of “street map.” This ensures that less time is wasted, more ground is covered and more protection is offered by patrols. The program is also capable of randomizing patterns to throw off poachers.

PAWS has been used by Panthera and Rimbat, both non-government organizations, in Malaysian forest protection. A new addition called CAPTURE (Comprehensive Anti-Poaching Tool With Temporal and Observation Uncertainty Reasoning) has been teamed with PAWS to predict attacks on wildlife accurately. The tandem system is also useful in determining where animal trafficking and other wildlife cargo are being taken.

This system was awarded the Innovative Applications of Artificial Intelligence recognition for deployed application. Other members of Fang’s team have also come up with similar projects to address illegal logging, using the same game theory parameters.