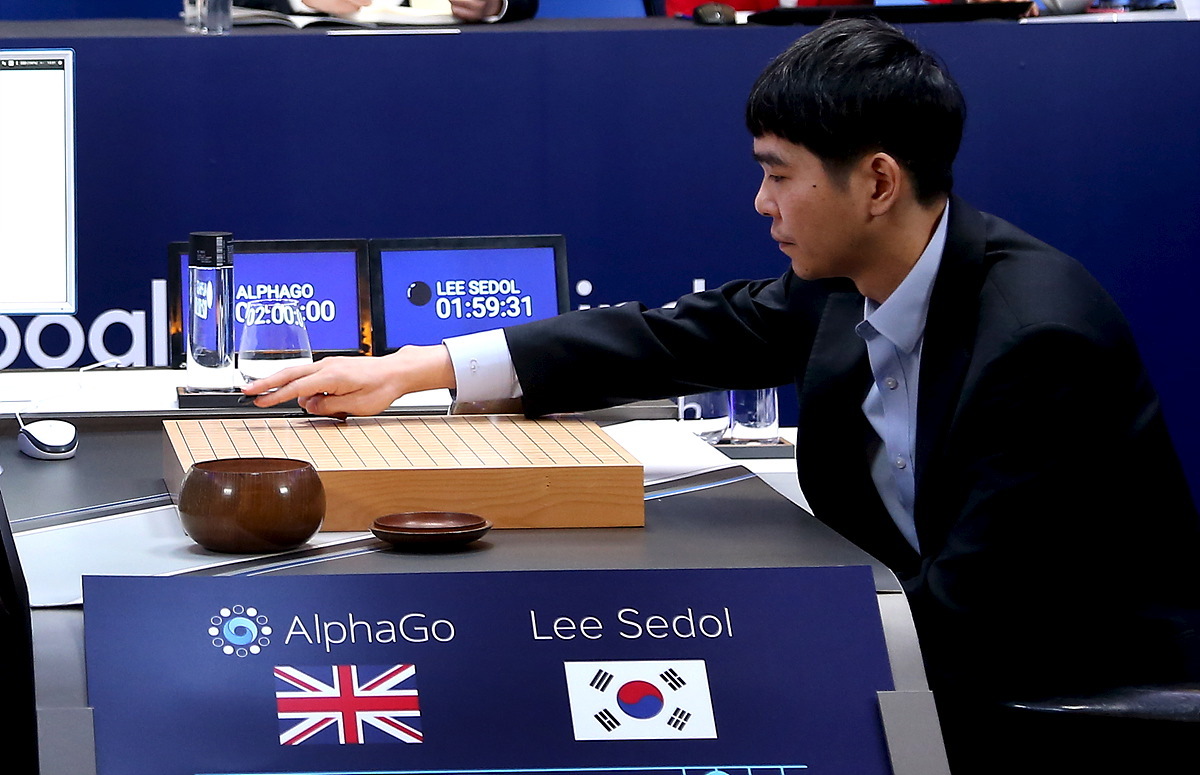 SEOUL (Reuters) – Google’s artificial intelligence (AI) program on Saturday took a 3-0 lead in a five-match series against one of the world’s top players of the complicated board game Go.

The victory for the AlphaGo program, designed by Google subsidiary DeepMind, over South Korean professional player Lee Sedol, the holder of 18 international titles, has surprised many, including its designers and has underscored advances in AI.

“I am very sorry for the powerless display,” a dejected Lee told reporters in the South Korean capital, Seoul, after his defeat.

“Though I have a lot of experience in Go I have never felt before such severe pressure as I do now, and I suppose my abilities were a bit lacking to overcome that.”

Go, most popular in countries such as China, South Korea and Japan, involves two contestants moving black and white stones on a square grid, with the aim of seizing the most territory.

Experts did not expect an artificial intelligence program to beat a human professional for at least a decade, until AlphaGo beat a player last year.

But Lee, 33, had been expected to put up stiffer competition than the player defeated then.

“To be honest we are a bit stunned and speechless,” said DeepMind founder Demis Hassibis, who earlier tweeted that AlphaGo’s victory was a “historic moment.”

Google executives say Go offers too many possible moves for a machine to win simply through brute-force calculations, unlike chess, in which IBM’s Deep Blue famously beat former world champion Garry Kasparov in 1997.

Instead, they said, AlphaGo has sought to approximate human intuition, by studying old matches and using simulated games to hone itself independently.

Lee had initially expected to win the series, even if he were to lose a match or two. Two more matches will be played – on Sunday and Tuesday.

He said AlphaGo was not perfect and had weaknesses, although he did not elaborate on them, holding out hope that someone might beat it.

“Lee Sedol is the one who lost today, not humanity,” he said.

A top player in China fancies his chances.

Ke Jie, an 18-year-old Chinese player who has already achieved the highest possible professional rank of 9-dan, told media this week he had a 60 percent chance of beating AlphaGo.