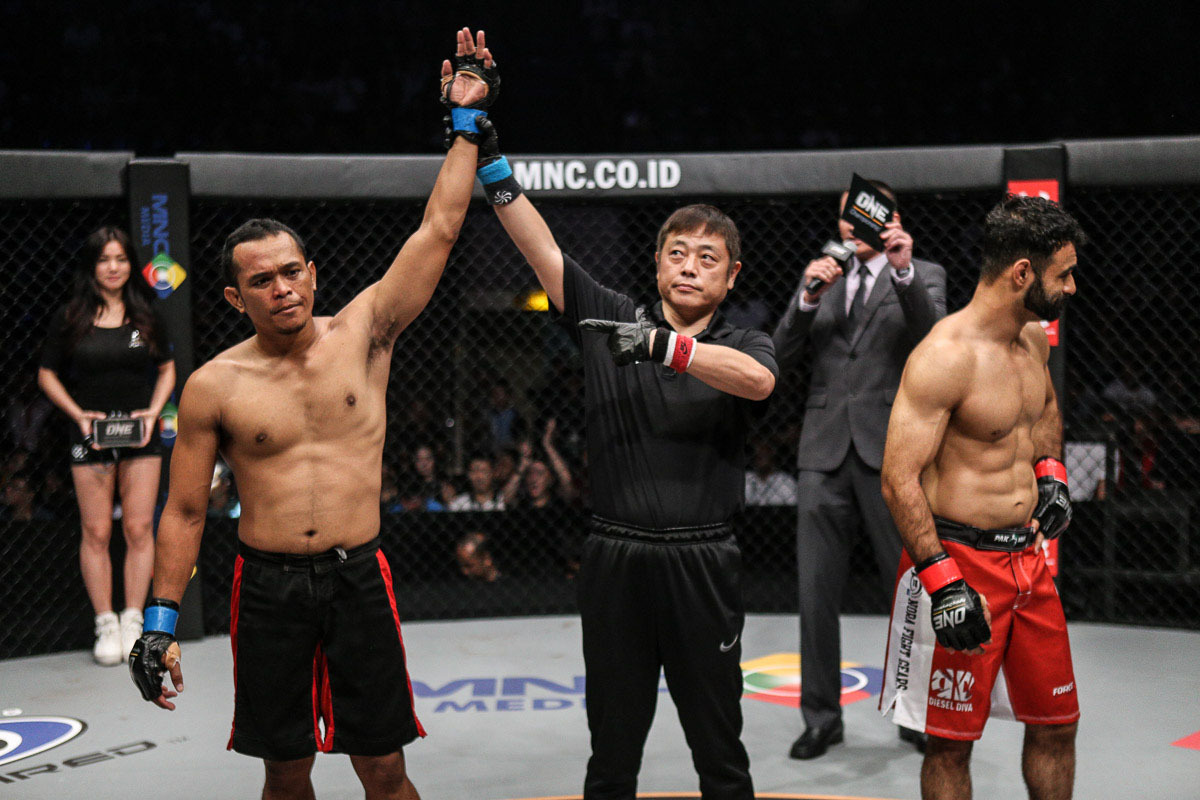 Jimmy Yabo stands victorious after knocking out Bashir Ahmad with a counter right hook at ONE: TRIBE OF WARRIORS in Jakarta.

In Mixed Martial Arts, few things go exactly as planned. However, at ONE: TRIBE OF WARRIORS in Jakarta, Indonesia, Jimmy Yabo (5-2) executed a perfect strategy to knock out Bashir Ahmad in just 21 seconds.

In his pre-fight interview, the Cebuan featherweight described himself as a patient fighter, adding “if you’re too aggressive, something bad could happen to you, so you have to wait for the perfect timing.”

That’s exactly what Yabo did on 20 Feb. Ahmad advanced aggressively at him right from the bell, throwing a wide variety of strikes at him.

However, it was a flurry near the cage that led to Ahmad’s downfall, even though he landed several solid blows on Yabo in succession.

Despite getting hit with hard shots, Yabo kept his cool, back pedalling all the time and doing exactly what he said he would do – wait for the perfect opportunity to strike.

The moment he spotted an opening, he seized the moment and uncorked a solid right hook while moving backward that laid Ahmad out cold, adding a hammer fist on the ground for good measure.

It was a moment that brought the Jakarta crowd to its feet and testament to Yabo’s skills as a fighter. After two consecutive first-round defeats in the ONE cage, he was in dire need of a victory to prove he still had what it took to fight at 34 years of age.

“We expected [Ahmad to be aggressive], because we saw a few of his previous fights. That’s why our game plan was just to use my footwork and wait for the opportunity,” said Yabo.