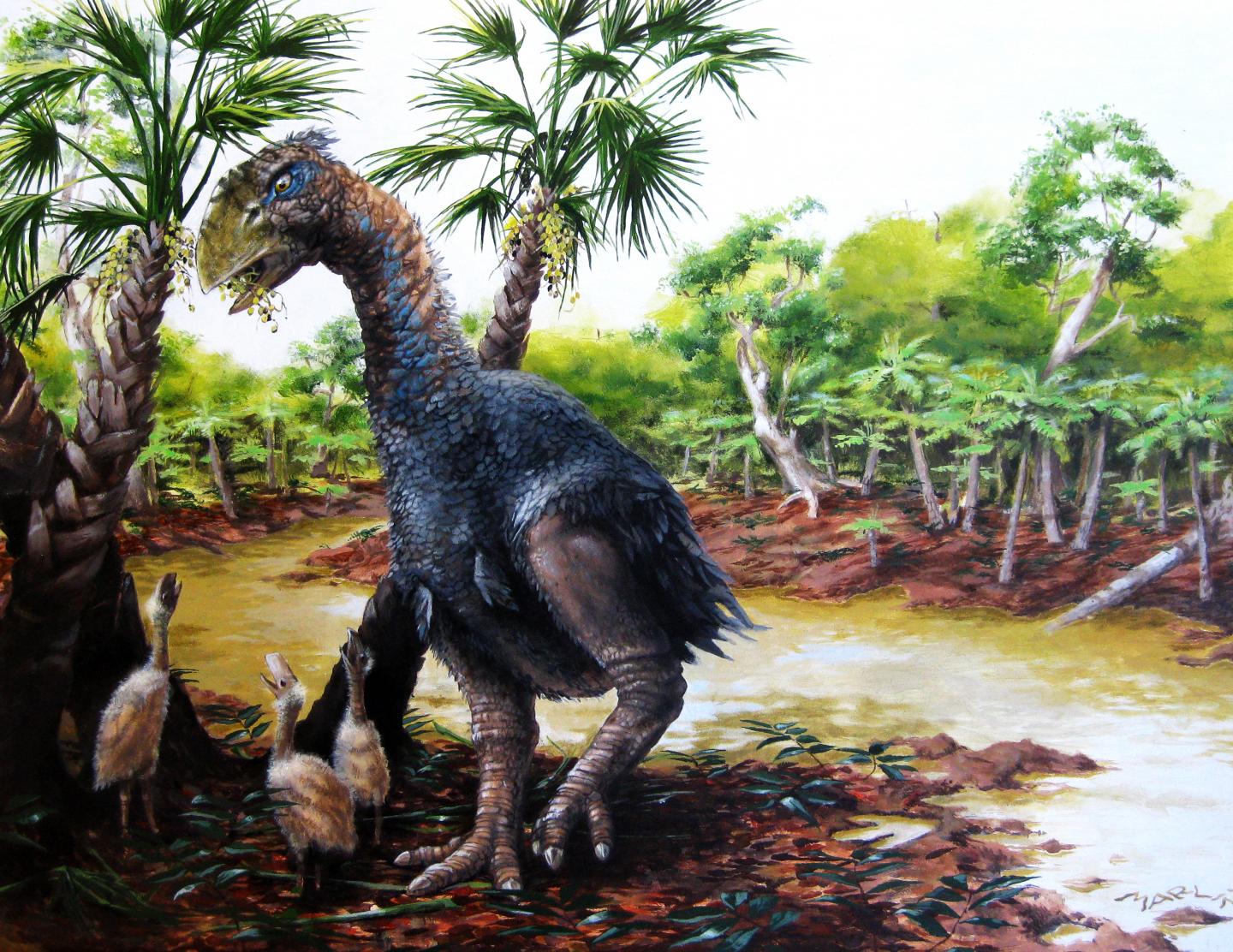 Researchers have confirmed that a giant flightless bird known as Gastornis existed some 50 million years ago on Ellesmere Island–located above the Arctic Circle–and according to their research, the massive bird’s head was the size of a horse’s.

Their research, which was published as a study in the journal Scientific Reports, is based on a single fossilized toe bone that was discovered on the Arctic island back in the 1970s by a science team.

The research was conducted by researchers from the University of Colorado Boulder and the Chinese Academy of Sciences in Beijing.

According to their research, the massive bird stood six-feet-tall and weighed several hundred pounds, which CU-Boulder noted in a report to be larger than the Sesame Street character known as Big Bird.

While Gastornis was once believed to be a carnivore, the latest research shows that the large bird was likely a vegan that employed its massive beak in the consumption of nuts, hard fruit, seeds and foliage.

In addition to confirming the bird’s past existence on the island, which is located adjacent to Greenland, the researchers described for the first time an upper wing bone known to science as a humerus. The wing bone described by the researchers belonged to an ancient bird known as a Presbyornis, which looked something like a stork with the bill of a duck.

The Arctic island once home to the ancient bird species also played host to an array of other species including turtles, tapirs, primates, alligators and others.

The study — which was funded in part by the Chinese Academy of Sciences, Chinese Natural Science Foundation and the U.S. National Science Foundation — has implications for the region’s rapidly warming climate, as understanding the region’s climate history “can give us a much better idea about what to expect in terms of changing plant and animal populations there in the future”, according to study co-author Jaelyn Eberle.

Permanent Arctic ice, which has been around for millennia, is on track to disappear […] I’m not suggesting there will be a return of alligators and giant tortoises to Ellesmere Island any time soon. But what we know about past warm intervals in the Arctic can give us a much better idea about what to expect in terms of changing plant and animal populations there in the future.

Eberle is an associate professor of geological sciences at CU-Boulder as well as the University of Colorado Museum of Natural History’s curator of paleontology.