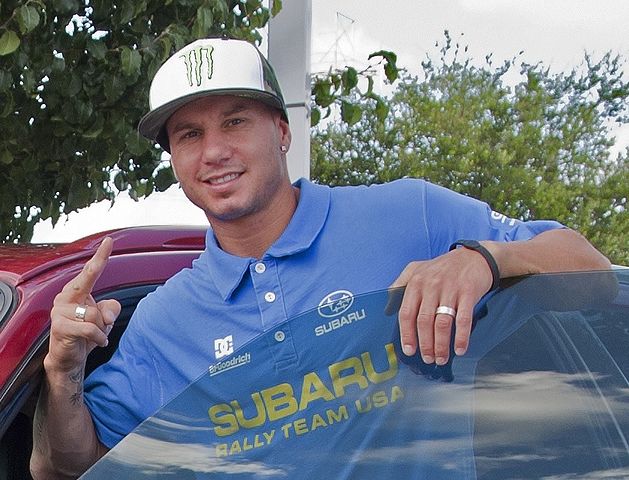 Professional BMX rider Dave Mirra has died from what appears to be a self-inflicted gunshot wound, according to police in North Carolina.

The 41-year-old’s body was found in a truck at approximately 4:00 p.m. on Thursday. Local law enforcement in the city in which he died–Greenville, North Carolina–indicated that his body was found not long after he had allegedly visited friends in the area, CNN reported.

Although Mirra started off in Chittenango, New York, he claimed Greenville, the tenth largest city in the state of North Carolina, to be his hometown.

The city’s mayor, Allen Thomas, was quoted by CNN as having said in a news release that the city mourns the loss “of a great friend and wonderful human being” whose life “was taken too soon.”

We mourn the loss today of a great friend and wonderful human being who touched the lives of so many around the world with his gift […] He called Greenville, North Carolina, home and was as humble a guy talking with kids on a street corner about bikes as he was in his element on the world stage […] A young life with so much to offer was taken too soon.

Fellow professional athlete Tony Hawk — who, like Mirra, was no stranger to the limelight nor competitions such as the X Games — shared his condolences on Twitter as he wrote, “Goodbye Dave Mirra, a true pioneer, icon and legend.”

Goodbye Dave Mirra, a true pioneer, icon and legend. Thank you for the memories… we are heartbroken. pic.twitter.com/RHpTe7Qzwi

Mirra’s BMX career began in the summer of 1987 when he was recognized by the Haro Bikes BMX team. In 1992, he went pro.

ESPN released a statement in which they offered their condolences to his wife Lauren and two daughters, Madison and Mackenzie.

Our sincere condolences go out to Dave’s wife, Lauren, his daughters Mackenzie and Madison, the BMX community and friends of Dave Mirra.

Back in 2000, Mirra became the first to ever land a double backflip on a BMX bike in a competition — a feat which he accomplished at the X Games in San Francisco, California.

In regards to his early retirement, he said back in 2014 that he “did one last event and realized” that he “had to be true” to himself, as he had realized that he “just did not have the drive” to continue competing. He noted a particularly bad fall in 2010 as the injury that drove the notion of retirement home.

I loved riding and had a pretty big injury in 2010 in Salt Lake City and then just did not have the drive anymore […] I just did one last event and realized I had to be true to myself. If you don’t care if you are first or last, you probably shouldn’t be doing it.

Following his exodus from the world of BMX, he found himself in pursuit of other activities, which included racing in rallycross events and competing in triathlons.

He is survived by his wife and two daughters.