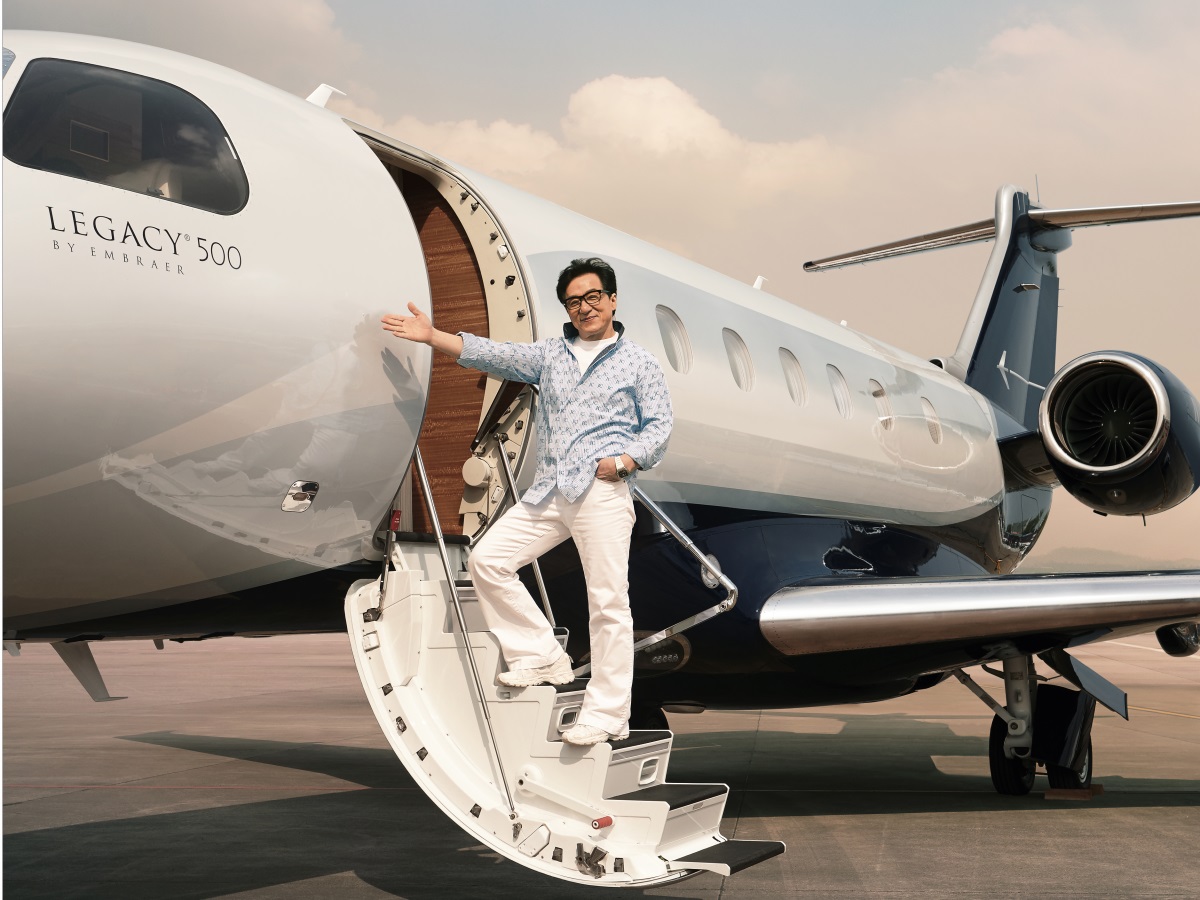 World renown movie star Jackie Chan has become the first customer in China to accept delivery of Embraer’s new Legacy 500, a $20 million private jet that boasts some of the company’s “best-to-date technologies” as well as “designs that maximize passenger comfort and fuel efficiency,” Embraer Executive Jets CEO Tulio Pellegrini indicated in a statement accompanying the February 1 announcement of Chan’s delivery.

The Legacy 500 features our best-to-date technologies and it incorporates designs that maximize passenger comfort and fuel efficiency […] This new aircraft, along with the Legacy 650 that we already delivered to Mr. Chan, will further facilitate his business development, as well as his humanitarian activities.

Chan’s connection to the jet manufacturer is certainly nothing new, as the Rush Hour actor has been the company’s “brand ambassador” since 2012. Back in 2012, he received a new-at-the-time Legacy 650– the first delivered to a customer in China.

While Embraer Senior Vice President Guan Dongyuan noted in a statement that the company feels “privileged” to deliver their new jet to Chan, who was previously a company business partner, Chan himself is “thrilled” to receive his new jet, which he believes will allow him to further his global philanthropy and acting endeavors.

I’m so thrilled to receive this Legacy 500, a state-of-art executive jet […] In the past few years, my Legacy 650 has brought me fantastic traveling experiences and great convenience, allowing me to do more acting and philanthropic works around the world. I’m sure that the performance of the new Legacy 500 will again exceed my expectations, and become a comfortable mobile home and office for me.

Embraer, one of the world’s top manufacturers of executive jets, entered the aviation market back in 2000 with the debut of their first jet, the Legacy. Embraer Executive Jets, which was launched in 2005, boasts the broadest portfolio in the aviation market. Its global fleet is composed of more than 930 aircraft operating in over 60 countries.

Jackie’s first Embraer jet, the Legacy 650, boasts a personalized aesthetic touch in the form of a dragon-themed paint job.