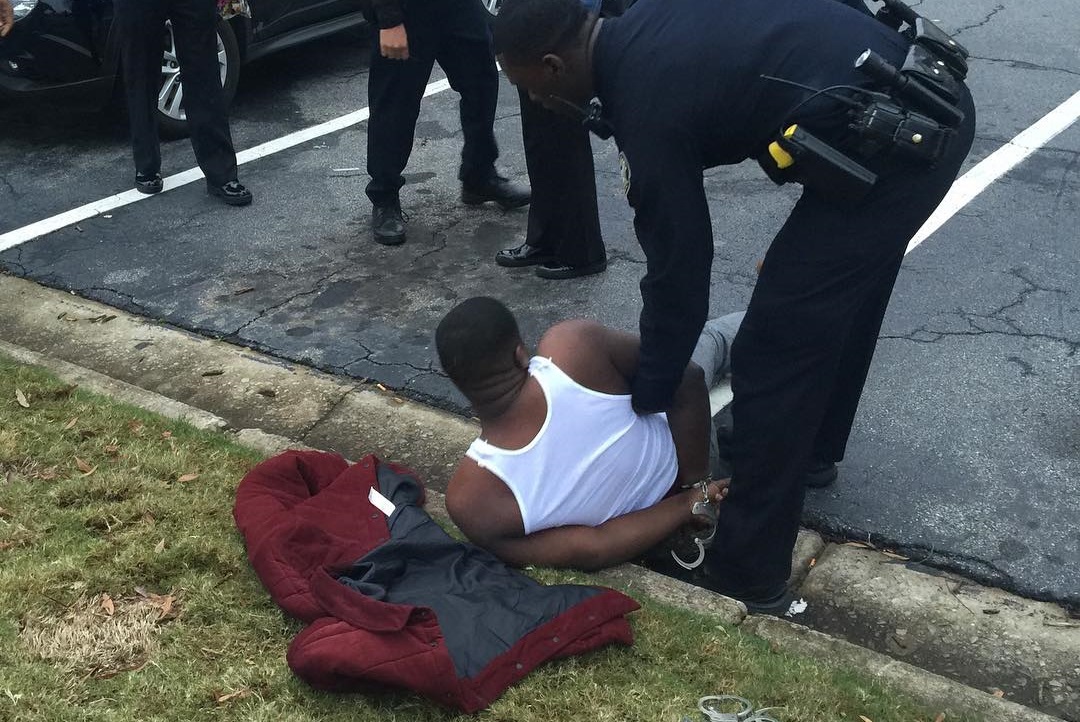 Atlanta police detained rapper Blac Youngsta, whose real name is Sam Benson, after he withdrew $200,000 in cash from his account at Wells Fargo.

As he exited the bank with cash in hand, police swarmed him, placed him on the ground and put him in handcuffs, according to the rapper’s account of the incident which he posted on social media.

The temporary detainment, according to the local police, was the result of a misunderstanding. Atlanta Police Sergeant Warren Pickard explained that someone at the bank, which is located at 3235 Peachtree Road NE, dialed 911 to report a check forger who was attempting to cash a fake check for $24,000.

The caller from the bank provided the authorities with what Pickard referred to as a “limited and conflicting” description of the culprit, which subsequently resulted in a case of mistaken identity as the cops accidentally detained Benson instead of the actual culprit.

Pickard was quoted by The Atlanta Journal-Constitution as having said in a written statement that the police responding to the incident “quickly discovered that the person providing the description to police had provided the wrong description of the suspect” and that the “occupants of the vehicle” that were pulled over, Benson’s entourage, “were not involved.” Subsequently, Pickard stated that the misidentified were “immediately released.”

It was quickly discovered that the person providing the description to police had provided the wrong description of the suspect […] It was determined that the occupants of the vehicle were not involved. They were immediately released.

The check forger was later identified by the witness as 39-year-old Charles Darnell Edward, who was arrested and charged with first-degree forgery.

Clarifying Benson’s involvement, Pickard indicated that the incident did not directly involve the artist known as Blac Youngsta, who is signed to Yo Gotti’s Collective Music Group (CMG) label.

Benson, a native of Memphis, Tennessee, told WXIA-TV that he withdrew the significant amount of cash in order to purchase a new Mercedes-Maybach S600 — a car worth $189,000.

Blac Youngsta shared a photo of the incident in which he can be seen handcuffed on the ground with a police officer hovering over him. The picture, which was shared on the rapper’s Instagram, included a description imploring viewers to examine how young black men with money are treated.