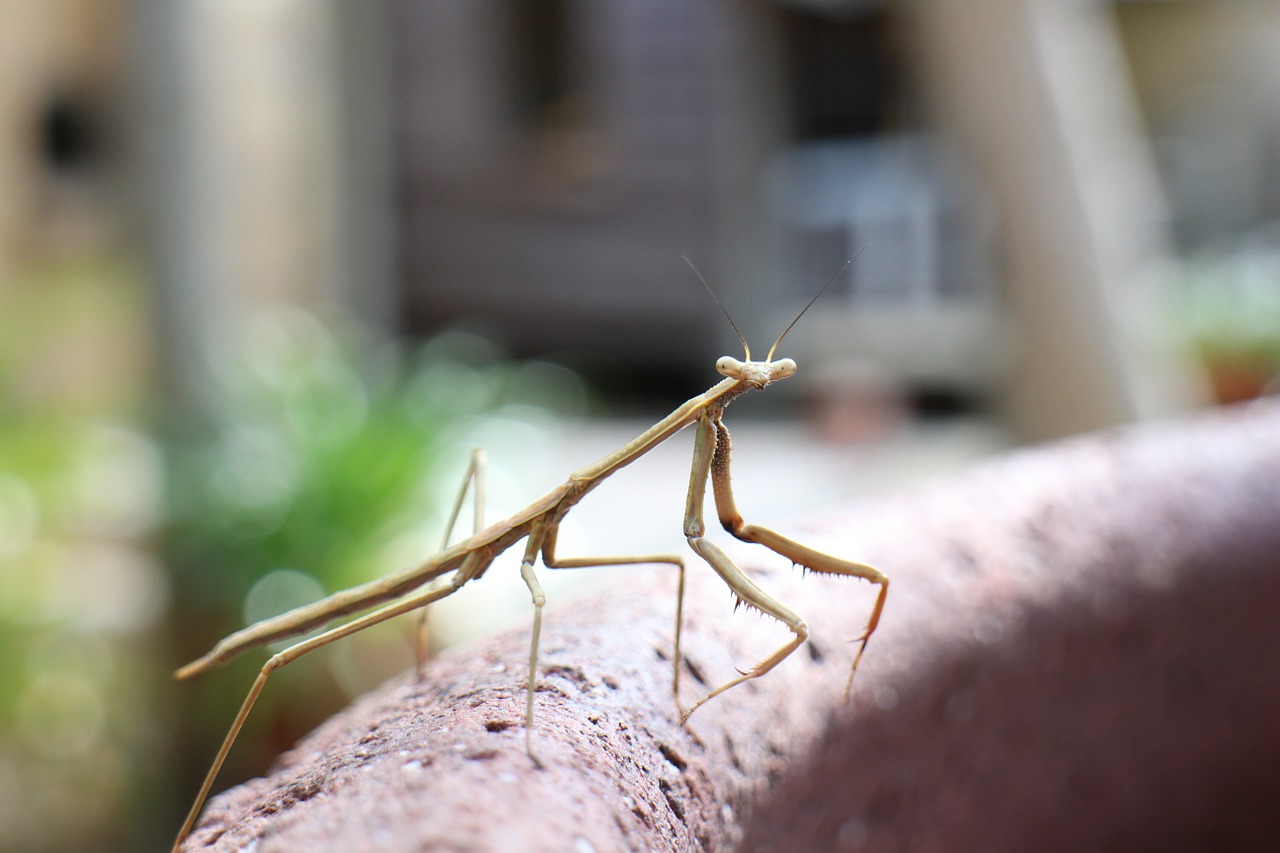 While humans have moved past wearing two-colored 3D glasses to see the latest Star Wars movie, opting for a cool black pair instead, praying mantises have just begun their foray into the magic of 3D movies.

Stereopsis, the ability to see depth using two eyes, is usually thought of as a human ability, but some insects are also able to see this way, as acknowledged in a 1983 paper on the subject. Praying mantises are one of the insects that are able to see stereopsis.

While mantises have minute brains, they also have a sophisticated visual hunting system. Researchers wanted to confirm that the mantises could see in 3D in the hopes that this information will lead to further studies that will lend understanding to how 3D vision evolved.

Despite their minute brains, mantises are sophisticated visual hunters which can capture prey with terrifying efficiency. We can learn a lot by studying how they perceive the world. Better understanding of their simpler processing systems helps us understand how 3D vision evolved, and could lead to possible new algorithms for 3D depth perception in computers.

In order to conduct the tests, scientists borrowed the custom-built mantis stand used in the 1983 experiments by Professor Samuel Rossel. They then had to create the correct type of 3D glasses compatible with mantis vision.

The researchers first tried to use polarized lenses, the kind of lenses that are used to view 3D movies today. However, the polarization was too confusing for the mantises, who got too much “crosstalk” between the competing images. The scientists then moved to a more retro version of the lenses.

While humans used to use 3D glasses made of red and blue lenses, praying mantises are unable to see the color red very well. Researchers made 3D lenses consisting of one green lens and one blue lens, attaching a lens to each eye of the mantises using beeswax.

The praying mantises were then put into a bug cinema. When showed a movie of the prey in 2D, the mantises did not react. But, after having the 3D “glasses” affixed to their faces, when shown the movie, the mantises attempted to capture the prey.

These developments will allow researchers to further speculate about the evolution of 3D vision.