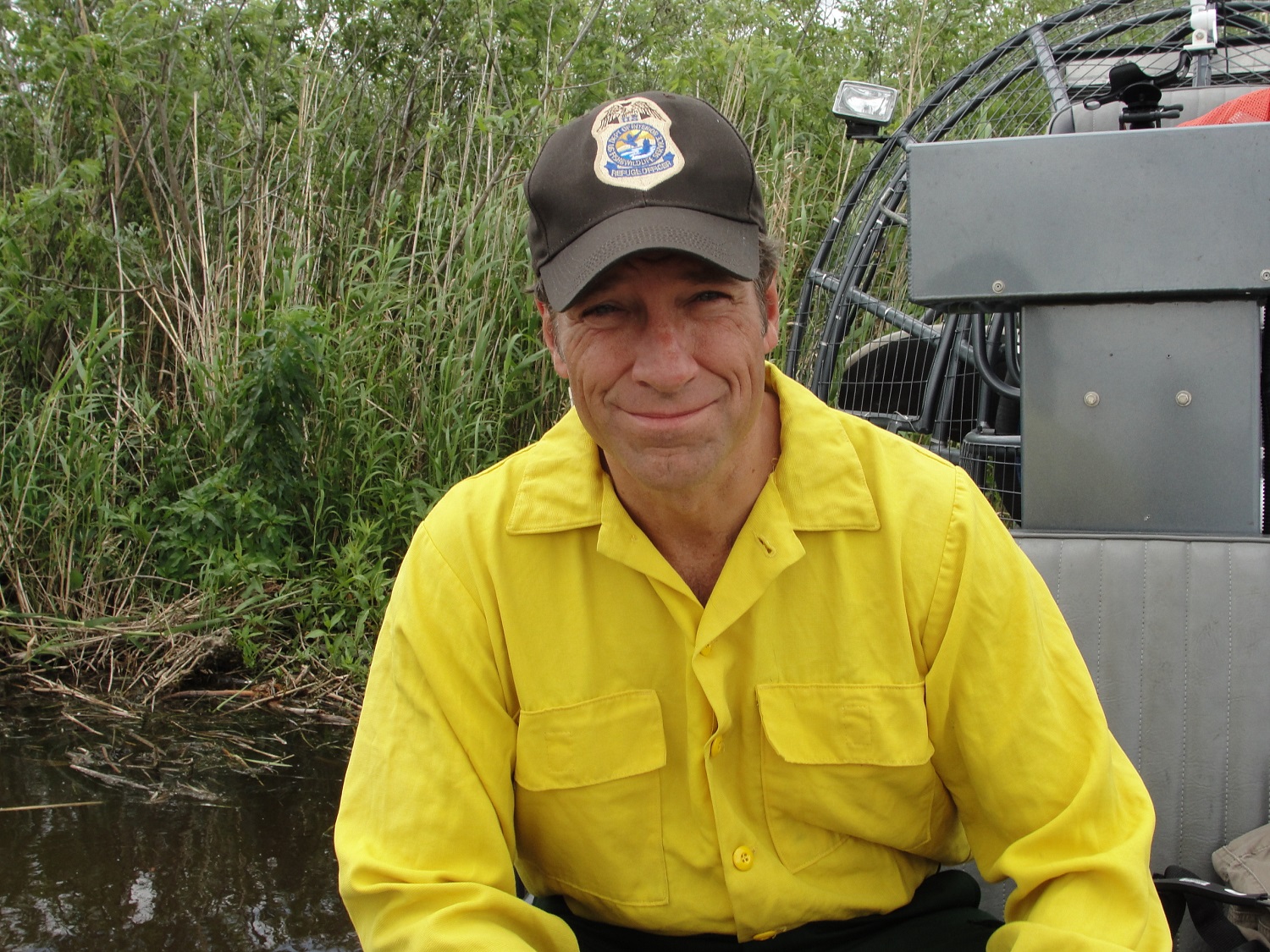 Reality TV star Mike Rowe is not guilty of Monday’s bank robbery in Medford, Oregon. The confusion occurred because the suspected bank robber is a Rowe look-alike.

Rowe tweeted an alibi with a link to his Facebook page that further explains his innocence. “I do share a certain resemblance with the culprit,” Rowe admitted.

However, in his Facebook post Wednesday, he also wrote, “for what it’s worth, I was in Kansas Monday, and can prove it, if need be.”

And even though the robber was dressed in a similar fashion to Rowe’s usual style, wearing a baseball cap and a zippered hoodie, Rowe stated it was clearly not he due to the significant height and body differences mentioned in the police description.

Rowe suggested, “somebody’s gotta do it,’’ fast. The community and police should act now to look for someone on the prowl who is probably wearing a mask, which resembles Rowe’s face.

According to Rowe, it is quite possible that this guy too, is wearing a look-alike mask of his face that he has seen folks wearing at Halloween.

Also thinking it is quite absurd that this suspected bank robber who is seen in the surveillance video image was not wearing proper disguise, Rowe wondered why and said with certainty that this guy knew he would be photographed.

Rowe has been totally vindicated by the police department, but still bewildered, he asked authorities not to focus on him anymore, but to get serious about finding the perpetrator.

While somebody has to do the tough job of law enforcement, Rowe is also known for starring in his TV series of dirty jobs, Somebody’s Gotta Do It, which has aired on CBS, CNN, and the Discovery Channel.

Rowe responded to the confusion in a “spirited’’ manner, and even the Medford police joked about the mix-up.

Tuesday, the police posted their funny disposition on their Facebook page, “Thanks to you guys, we issued an arrest warrant for Mike Rowe from the TV show, Dirty Jobs.”

Humorously, they added, “but in the case it’s not him, keep your eyes out and keep the tips coming.”