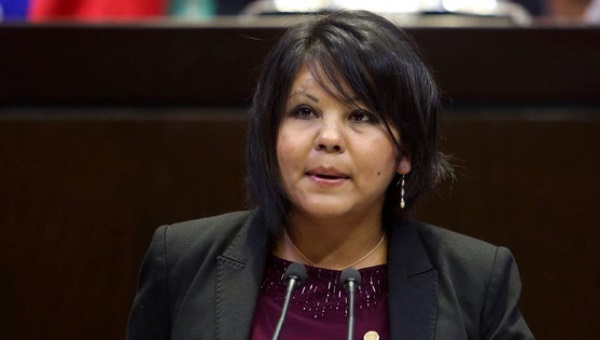 The recently sworn in mayor of the Mexican city of Temixco–which is located 52 miles south of the nation’s capital, Mexico City–was gunned down in front of her home on Saturday by multiple assailants who attempted to flee in a van following the assassination, according to local authorities.

The victim, 33-year-old Gisela Mota, reportedly promised to clean up her home city of Temixco — an industrial city with a population of nearly 100,000 that the BBC reports to be plagued by organized crime and drugs.

According to local news outlet El Universal, four gunmen were involved in the assassination.

Two of the four attackers, whose motives are presently unclear, were shot to death by local police while the other two were arrested in the chase that ensued following the slaying.

While news of Mota’s murder may come as a shock to many, it marks one of numerous political assassinations in Mexico in recent times. Just last year, there were multiple Mexican mayors assassinated.

Across Mexico, over 100,000 people have either been murdered or declared missing in the nearly decade long drug conflict that has involved murder, drug trafficking and kidnapping.

Mota, who formally assumed her role as mayor on January 1, belonged to the country’s leftist Democratic Revolution Party (PRD).

Morelos state Governor Graco Ramirez reportedly pledged that there would be no exemption from punishment to those responsible for the crime. Ramirez referred to Mota in a tweet fro his confirmed Twitter account as a “young and beloved companion” in his native language.

While various reports indicated that Mota was killed inside of her home, El Universal indicated in a report that she was actually gunned down in front of her home.

Along with the mayor, the assailants killed two other people who were in the mayor’s home at the time of the incident, the Sacramento Bee reported.