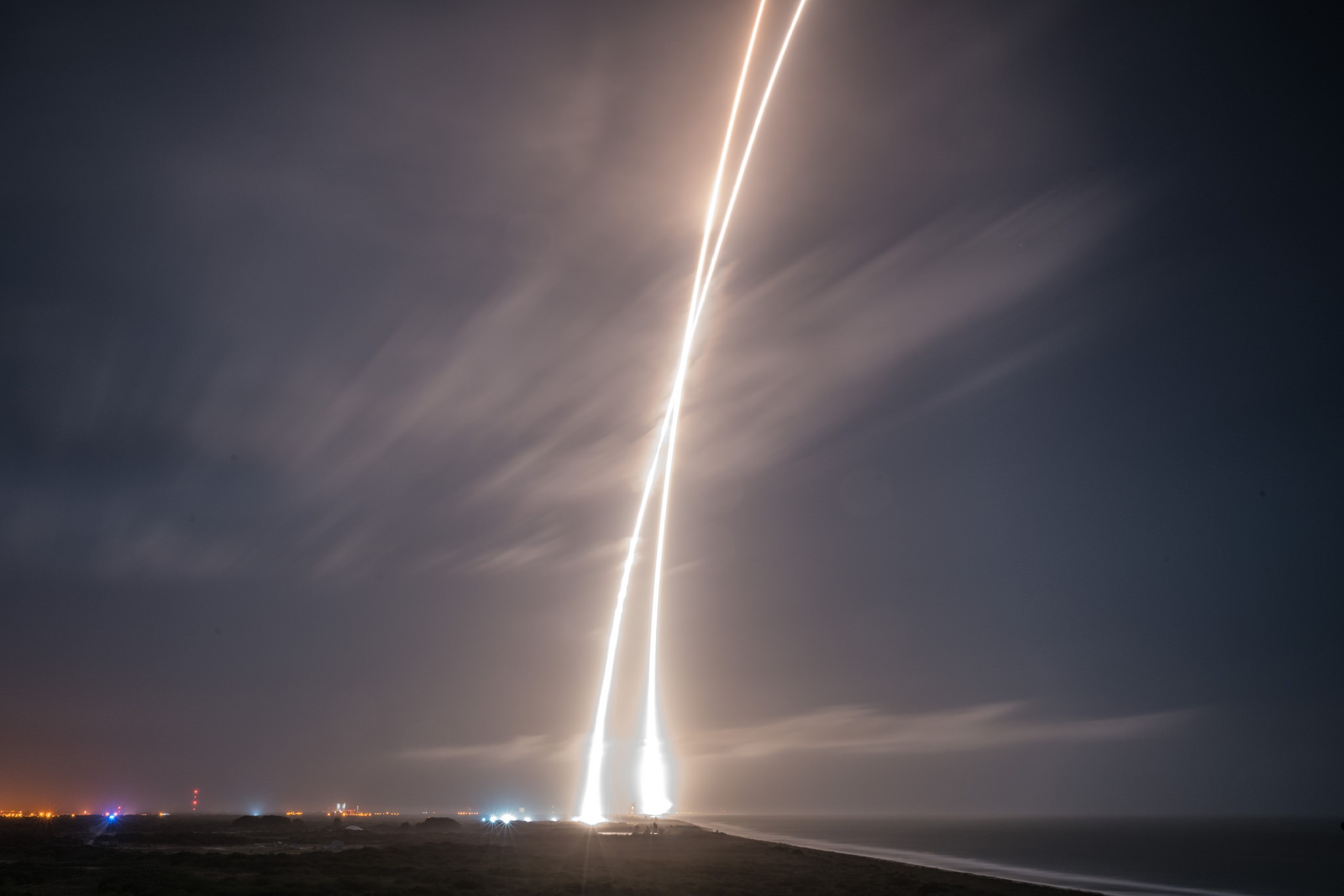 With SpaceX’s latest rocket launch, the private space firm founded by billionaire Elon Musk managed to not only deliver 11 commercial satellites on behalf of a customer, but also land its reusable rocket — marking the first time an orbital class booster has traveled to space and returned intact.

Last month, the private spaceflight company backed by Amazon founder Jeff Bezos managed to land its own reusable rocket following a suborbital test in which the company’s BE-3 rocket traveled to the edge of space and back. During the mission, the company, Blue Origin, boosted its New Shepard spacecraft–a crew carrying capsule that was unmanned at the time–to the edge of space before disconnecting it and allowing it to parachute back down to the planet.

Musk, the CEO of Space Exploration Technologies Corporation, referred to the historic landing as “a revolutionary moment” during a teleconference with reporters that followed the successful launch and landing, Space.com reported.

I do think it’s a revolutionary moment. No one has ever brought an orbital class booster back intact (…) We achieved recovery of the rocket in a mission that also deployed 11 satellites. This is a fundamental step change compared to any other rocket that’s ever flown.

The latest attempt by SpaceX to land a reusable rocket marks the company’s third such attempt to date. According to Musk, the achievement could dramatically reduce the cost of space travel, which may create the financial possibility of colonizing the Red Planet. His logic stems from the fact that most rockets are designed to disintegrate upon reentry, whereas SpaceX’s Falcon 9 is designed to be reused in a capacity much like an airplane. This saves the company around $60 million per launch, as that’s roughly what it costs the company to construct a single Falcon 9. While this leaves around $200,000 in per launch fuel costs as well as additional costs, the savings are monumental.

For those who aren’t familiar with Musk’s goals, one of them is to establish the human race as an interplanetary species.

NASA’s Kennedy Space Center shared a video via YouTube on December 23 that shows the Falcon 9 rocket booster returning from its successful mission to deliver Orbcomm’s satellites.

The Falcon 9 booster, which returned on December 21, landed six miles from its launch pad at the Cape Canaveral Air Force Station.

SpaceX shared a video of the landing that was taken from a helicopter. The video has been viewed over 2.6 million times and received over 22,000 “likes” on YouTube where it was shared.