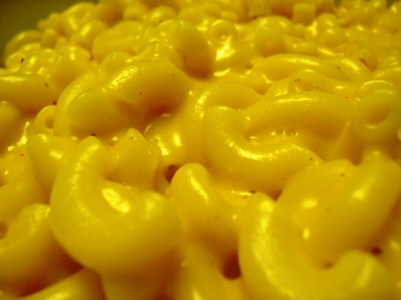 While it’s limited to Ohio and reportedly only available until February, mac and cheese is currently available at McDonald’s.

The fast food company, which was founded in April of 1955, rolled out the cheesy new menu item across 18 Cleveland area restaurant locations.

Lisa McComb, a spokeswoman for the fast food hamburger chain, was quoted by CNN Money as having said that the company is “always looking for new ways to offer relevant tastes” to their customers, which is why they’re offering mac and cheese to some customers as part of an experiment.

As for what will happen once the test concludes in February of next year, McComb indicated that the company’s decision will be based in part on the feedback provided by customers.

McComb added that it’s too early “to draw any conclusions from this test and it wouldn’t be appropriate to speculate on it being offered anywhere else.”

McDonald’s is presently selling its mac and cheese for $1.75 a pop or for $3, it’s included in a mac and cheese Happy Meal – which includes milk, fries and fruit. The individually sold variant has reportedly been available since November.

According to Eater, a McDonald’s employee indicated that the product is frozen when it arrives.

What do you think, does McDonald’s mac and cheese sound like something you want to eat?