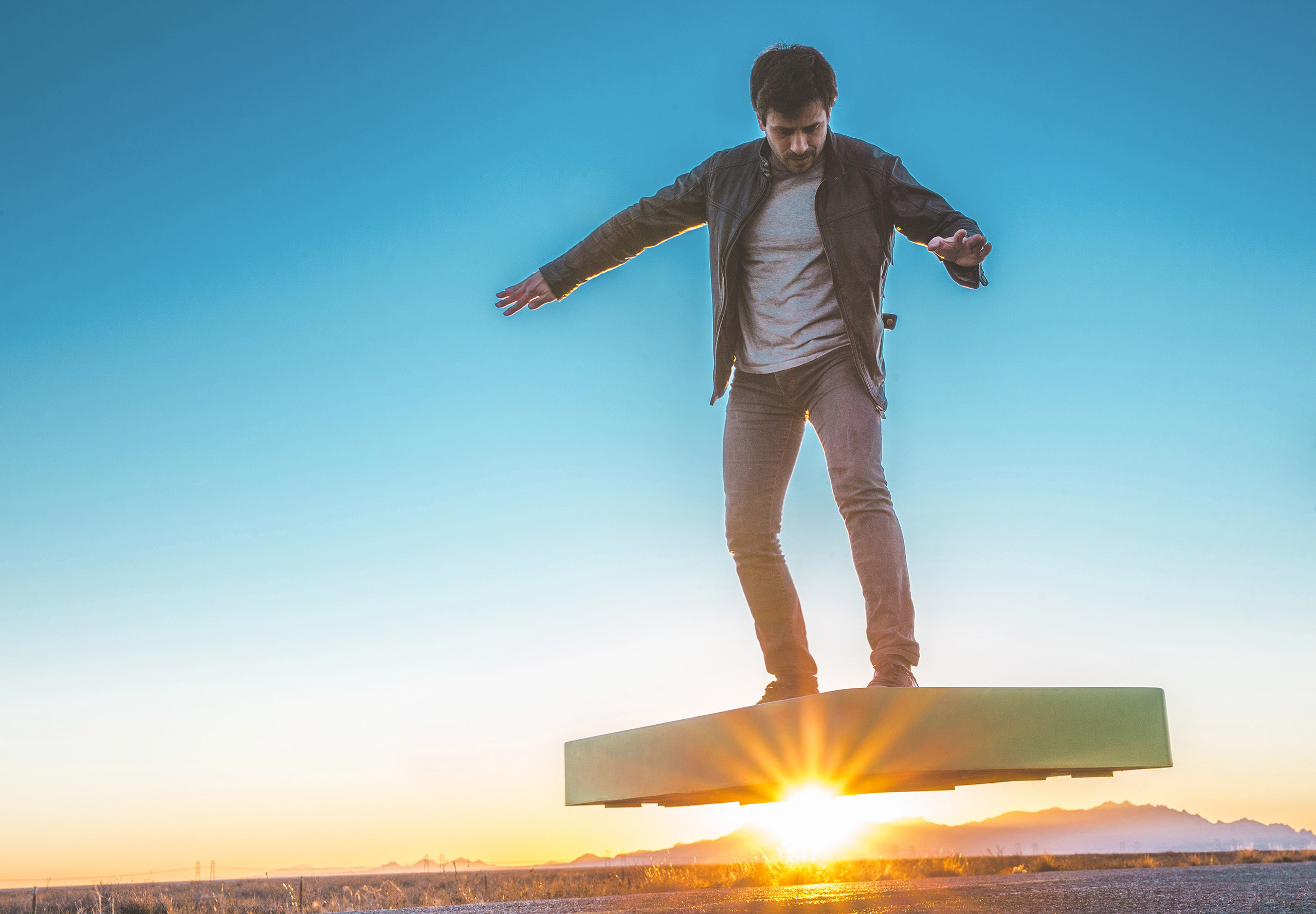 Arca Space Corporation, a private space firm, announced on December 23 that it has developed a working hoverboard that offers users the ability to “fly whenever they want” and “wherever they want,” according to the product’s creators.

The new working hoverboard concept, the ArcaBoard, relies on an array of electric fans with a total output of 272 horsepower to levitate both it and its user.

Those interested in acquiring the ArcaBoard — which, unlike some of the other self-proclaimed “hoverboards” in existence, actually floats — can pre-order the engineering marvel for $19,900.

The company promises to deliver pre-orders by April 2016.

The boards, which have a software-capped speed of 12.5 miles per hour, have an optional $4,500 accessory designed to reduce the charge time between sessions from six hours to 35 minutes. The accessory is known as the ArcaDock.

In order to control the board, which offers six minutes of flight time before it needs to be recharged, users can steer with their smartphones or disable the board’s stabilization system and simply adjust the distribution of their body’s weight — which is perhaps easier said than done.

Arca Space released a video on YouTube, which was published on December 23, in which the company demonstrated the board in action.

Gizmodo Australia reports that in 2014, Arca Space competed along with 25 other teams for the Ansari X Prize.

The company now known as Arca Space was first established in Romania back in 1999 as a non-governmental organization behind the development of rockets as well as other aerospace technology, according to Engadget. Following their 2014 move to New Mexico, the company adopted the name Arca Space Corporation.

According to the company’s website, their new nearly $20,000 board allows riders to cruise across “any terrain” – even water.

Ride across any terrain or water with the vehicle that was virtually impossible, until today. Do what you want, whenever you want, wherever you want. Each time you ride the ArcaBoard you will find yourself at the center of a new exhilarating experience.

What do you think, does the ArcaBoard look like something you’d willingly cough up 20 grand for given the opportunity?