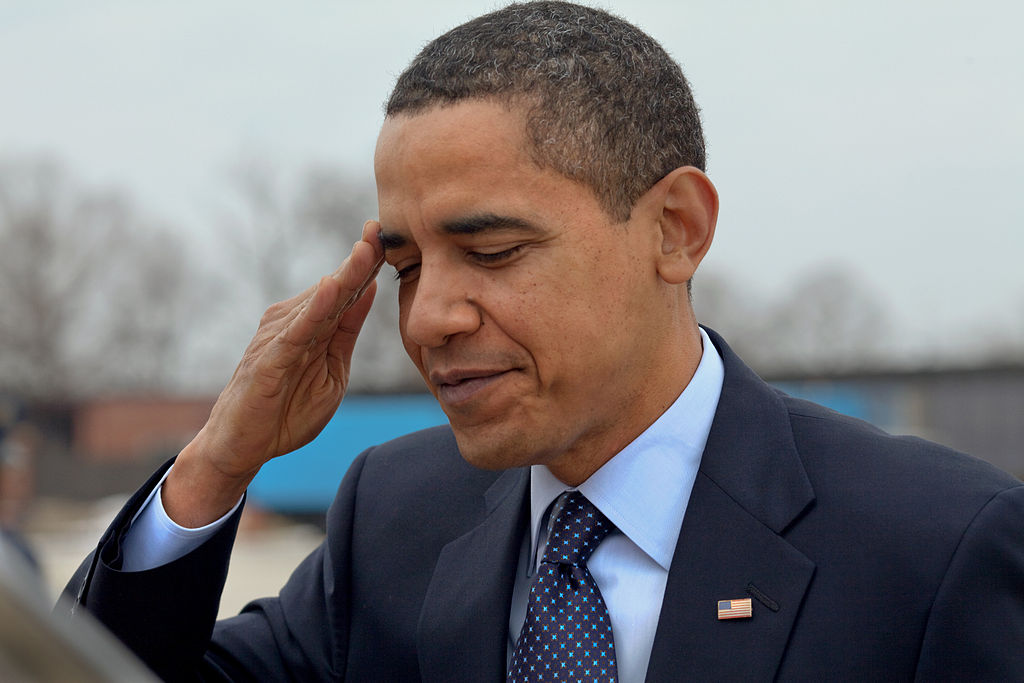 Emotions ran high Friday night as President Obama and first lady Michelle met with the families of the victims of the terrorist attack that occurred in San Bernardino, California earlier this month. The ISIS inspired shooting spree, led by Syed Farook and wife Tashfeen Malik, left 14 dead, 22 seriously injured and a nation baffled as it searched for answers.

Both Barack and Michelle spent three hours in meetings with the families in which the tragedy was discussed. It is the ninth time the President has visited a city turned upside down by a mass shooting to console those effected. In this instance, the meeting took place at a local high school and involved the families of all 14 who passed away in the attack, as well as the first responders.

The school was set up with fourteen tables for each of the families. According to the Los Angeles Times, both Barack and Michelle went to each table to speak privately with the mourning families.

The Washington Post reports that in meetings, President Obama urged the families to remain vigilant in the face of terrorism. He also spoke of the decency demonstrated by both the country and the families in lieu of the shooting.

Before he left, President Obama praised the families of the victims, saying they “could not have been more inspiring and more insistent that something good come of this tragedy”.

Josh Earnest, the White House Press Secretary, said that President Obama felt it was “important” to meet with the Americans still mourning from the tragedy. “The president felt before he could begin his holiday that it was important for him to spend some time with these Americans who are mourning”, he said.

The visit by the President was well-received by the locals who lined up outside the high school during the visit. The crowd erupted in applause as he arrived.

“He didn’t have to come here”, said Deneen Ramirez, an opponent of Obama’s views on gun-control. “But he did. This is history”.