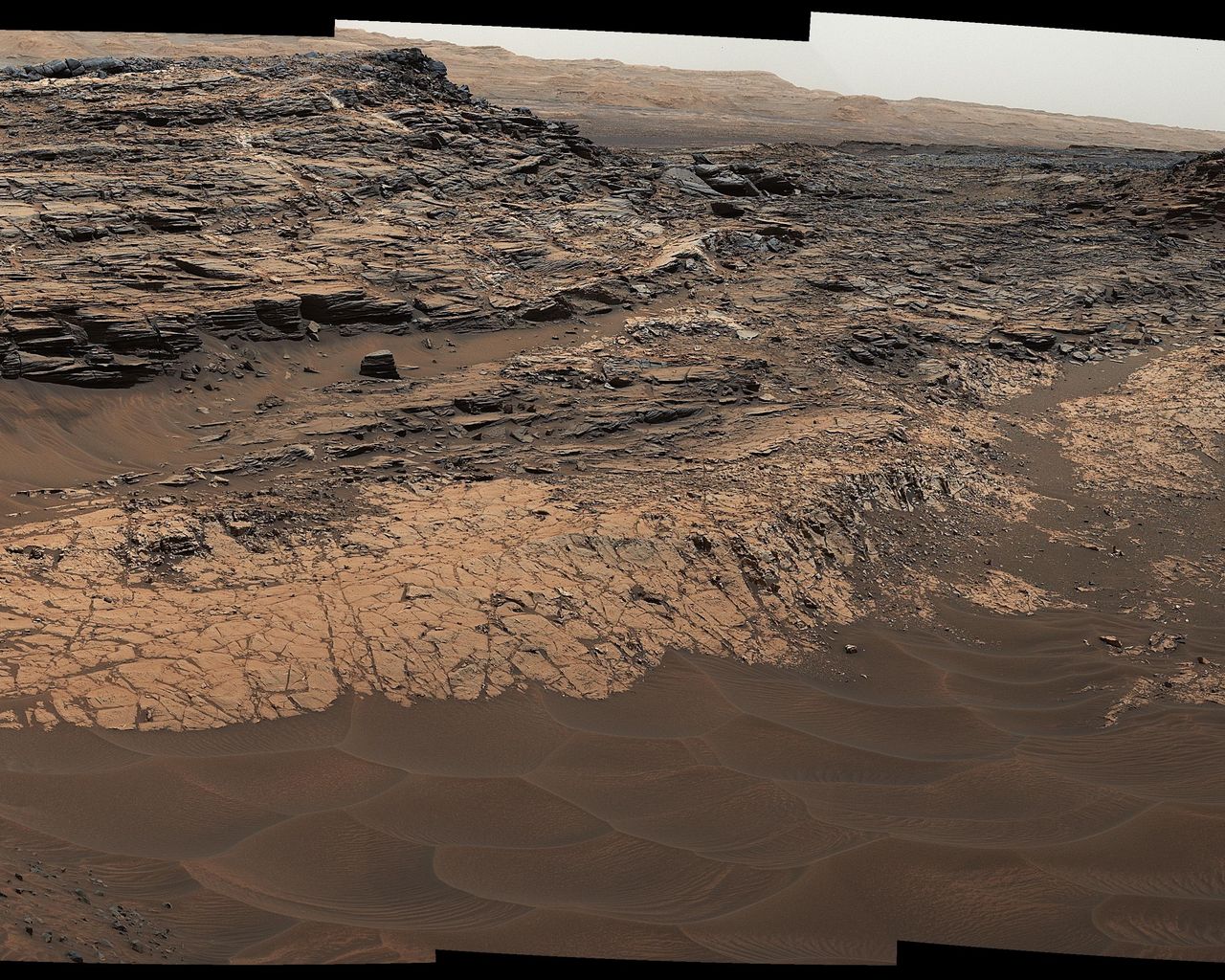 After 40 months of exploration on the Red Planet, NASA’s one-armed mobile laboratory, Curiosity, has discovered high concentrations of silica — the most abundant mineral in the Earth’s crust — proposing new questions about the planet’s ancient wet environment.

The high-silica sites were discovered seven months ago as the one-armed robotic laboratory approached what is being referred to as “Marias Pass,” which is an area in which two geological layers meet one another, leaving their contact point exposed.

Finding the high silica readings interesting, researchers decided to backtrack to the area in order to investigate further, according to Jens Frydenvang with the Los Alamos National Laboratory in New Mexico and the University of Copenhagen in Denmark.

Silica, which makes up as much as 90 percent of some rocks, is a rock-forming chemical composed of silicon and oxygen. It’s commonly found in quartz here on Earth, but it can also be found in a variety of other minerals.

What’s particularly interesting about the discovery of these high-silica sites is that they could help scientists better understand what the Red Planet’s wet environments were like in ancient times. As Curiosity science team member Albert Yen with NASA’s Jet Propulsion Laboratory (JPL) explained in a statement, no matter which way you split it, the known processes of elevating silica levels “involve water” that is either “leaching away other ingredients while leaving the silica behind, or by bringing in silica from somewhere else.”

These high-silica compositions are a puzzle. You can boost the concentration of silica either by leaching away other ingredients while leaving the silica behind, or by bringing in silica from somewhere else (…) Either of those processes involve water. If we can determine which happened, we’ll learn more about other conditions in those ancient wet environments.

In addition to discovering high concentrations of silica, Curiosity’s drilling expedition unveiled a rare-Earth mineral that has never before been seen on Mars called tridymite.