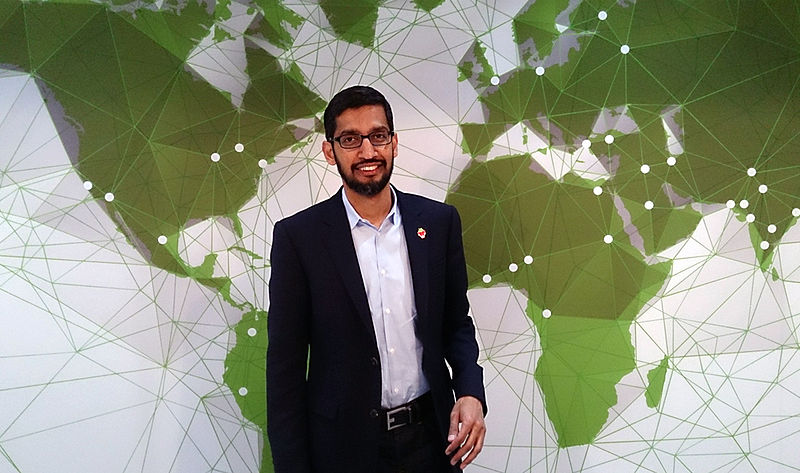 In response to the anti-Muslim rhetoric broadcast by Republican front-runner Donald Trump, Google CEO Sundar Pichai has made a call for the support of Muslims in an open blog post on the publishing platform Medium. Pichai describes the effect Trump has had on the media “disheartening” as it goes against everything that America represents as the “land of opportunity” in the eyes of immigrants.

Following the San Bernardino shootings that left 14 people dead earlier this month, Trump proposed a “solution” to domestic terrorism that would bar all Muslims from entering the U.S.; an extreme and controversial reaction in the eyes of many Muslims and non-Muslims alike. Playing on the increasing anger toward the recent ISIS inspired terrorist attacks, Trump appears to be preaching the most radical responses to the problems of the day in order to establish himself as a “strong” presidential candidate.

While Trump’s sentiments are clearly resonating with some, as indicated by his strong numbers in the polls, a more moderate ideology, one of support and understanding, is what Pichai says Americans have historically adopted and should hold on to. As an immigrant, Pichai wrote that America provides “access to opportunities that simply didn’t exist for many of us before we arrived.”

“And it’s not just about opportunity”, he continues. “The open-mindedness, tolerance, and acceptance of new Americans is one of the country’s greatest strengths and most defining characteristics. And that is no coincidence — America, after all, was and is a country of immigrants.”

Pichai encouraged readers to reconsider their stance on the subject of Islam and not let fear create unnecessary stereotypes.

Let’s not let fear defeat our values. We must support Muslim and other minority communities in the US and around the world.

Re/code reports that the message from Pichai comes just days after Facebook CEO Mark Zuckeberg posted a similar message about Trump, reassuring all Muslims that they are welcome on Facebook and their rights will be protected on the service.

If you’re a Muslim in this community, as the leader of Facebook I want you to know that you are always welcome here and that we will fight to protect your rights and create a peaceful and safe environment for you.

After growing up in India, Pichai moved to the U.S. just over two decades ago. He became Google’s CEO just last August.