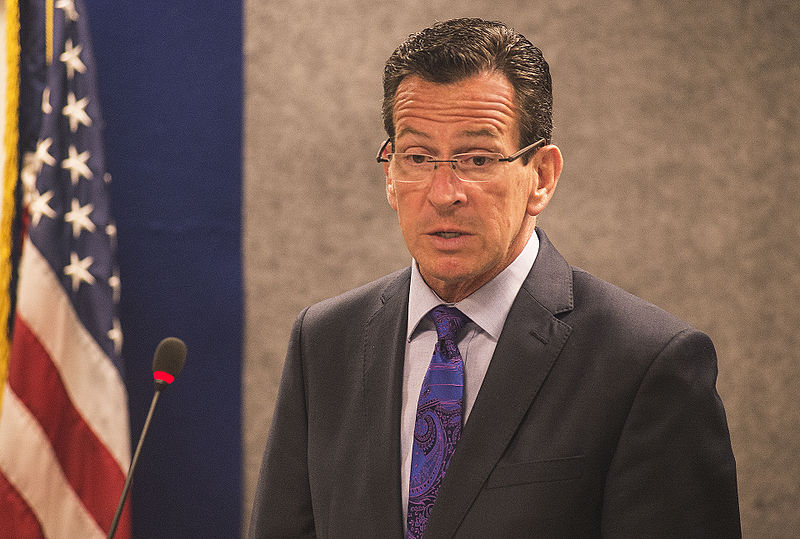 In response to the terrorist attack in San Bernardino, California, in which a radicalized Muslim couple legally purchased firearms later used to slaughter guests at a holiday party, Connecticut Governor Daniel P. Malloy has announced his intentions of signing an order that will prohibit those on government watch lists from purchasing firearms in the state.

“We intend to prevent, by executive order through my powers as Governor, those on Government watch lists from obtaining a permit to purchase a firearm in Connecticut”, Malloy said in the statement.

“In our state, in order to purchase a firearm, you first need to obtain a permit from a public safety agency during which time a thorough background check is conducted”, he continued. “The executive order would add an additional level of protection and require those who apply for a permit to be screened against government watch lists.”

Malloy said he was “horrified” after learning of the attacks in San Bernardino and Paris, and told reporters that the incidents should serve as a “wake-up call” to everyone. “This is a moment to seize in America”, he said, “and today I’m here to say that we in Connecticut are seizing it.”

The order still needs approval from the federal government, but if it is put into effect, anyone on a national no-fly list or a terrorist watch list will be denied access to legal firearms. The order will also apply retroactively, revoking the licenses for those already legally carrying a weapon if they are on these lists.

The National Rifle Assocation disagrees with the decision, according to The New York Times. Though they say they do not want “terrorists or dangerous people to have access to weapons”, they don’t believe suspicion is a good enough reason to revoke the constitutional right to own a gun. Gun rights advocates believe that innocent people are sometimes wrongly placed on the no-fly list, which consists of tens of thousands of names.

Neither Syed Rizwan Farook nor his wife Tashfeen Malik are believed to have been on federal watch lists prior to the San Bernardino attacks. Democrats argue that increased restrictions on gun purchases are nevertheless justified based on the rising risk of domestic terrorism in the U.S as the war against ISIS continues.