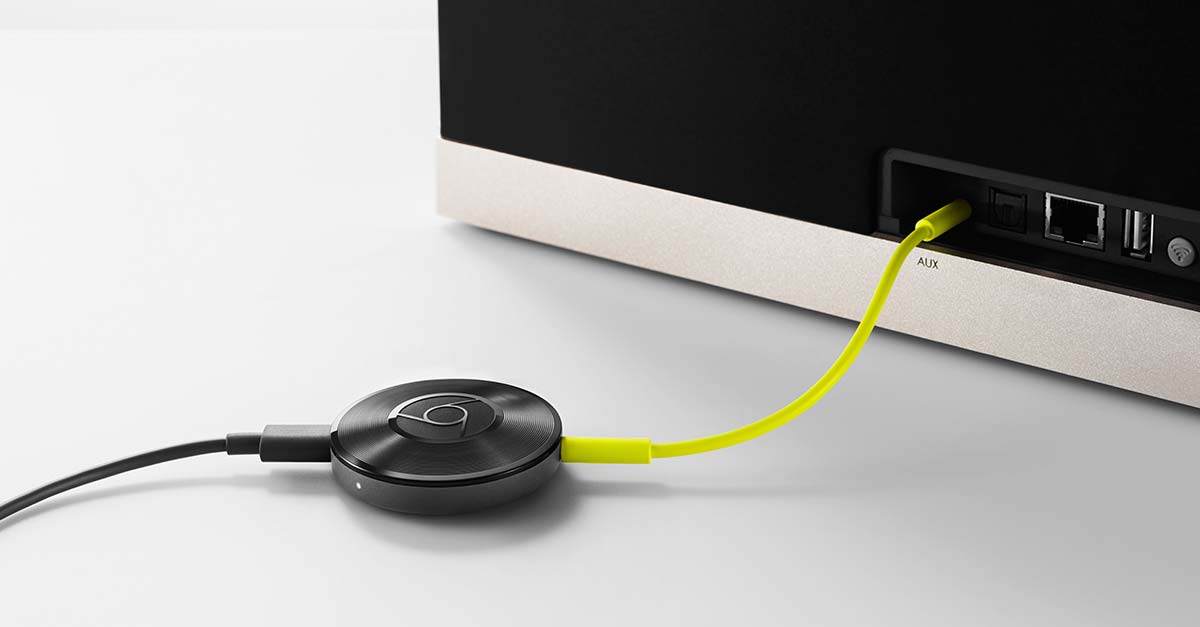 Google’s Chromecast Audio just became the inexpensive solution for wirelessly streaming music throughout a home or office with its latest update’s incorporation of multi-room streaming support, Google announced on Thursday.

As if multi-room support wasn’t enough for one update, the small WiFi enabled device–which plugs directly into a speaker, allowing it to wirelessly stream music over the radio waves–now offers support for high-resolution audio up to 96KHz/24bit lossless audio playback.

Google launched Chromecast Audio just a couple of months ago as an inexpensive way to connect speakers to streaming music services such as Spotify, Pandora and obviously Google Play Music.

The device, which costs $35, now allows you to blast the same song throughout multiple rooms — effectively grouping speakers together to create an expansive listening environment. In order to do so, users employ the latest Chromecast app, which allows for groups to be setup.

The app-based control allows for anyone with the app to easily takeover as DJ. The app works with iPhones, iPads, Android phones and tablets, Chromebooks and laptops running Mac and Windows operating systems.

Within the past couple of months, Amazon dropped competing streaming media devices from its online store. Subsequently, Google’s Chromecast is no longer available for purchase from Google through Amazon.

Gizmodo‘s Mario Aguilar noted in a recent report that while he doesn’t really have any use for the device, it is “one of the cheapest” solutions to converting an old stereo into a music streaming boombox.