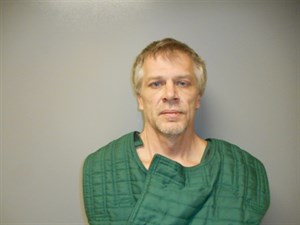 A gunman rolled into the campus of Arkansas State University on Thursday in a green Chevy truck and proceeded to douse himself in gasoline and point a gun at his own chin before authorities managed to take him into custody.

The Jonesboro resident was identified by local police as 47-year-old Brad Kenneth Bartelt.

Within minutes of the incident, which was first called in around 1:32 p.m., ASU police officers were on the scene – just after the suspect drove the truck to the east side of the student union where the incident took place, according to Jonesboro Police Chief Rick Elliot.

Chief Elliot indicated that the ordeal ended peacefully after crisis negotiators talked to the suspect, Mr. Bartelt, for more than an hour.

According to ASU, the campus remained in lockdown for a minimum of two hours.

As for the suspect’s motive, the university cited Police Chief Elliot as having indicated that the authorities have yet to determine the answer. However, Fox News reports that the Jonesboro Police indicated that they received a call on Wednesday regarding a Facebook post by the suspect in which he wrote that he was not only homicidal, but suicidal, while referring to a particular incident with the Social Security Administration.

While the investigation continues, Bartelt could be looking at a court date as early as next week.

The FBI, Arkansas State Police Bomb Squad and Craighead County Sheriff’s Department were among the agencies cooperating with one another in response to the situation.

No injuries were reported and there were no shots fired throughout the duration of the incident.

The suspect reportedly confined his threats to himself, leaving law enforcement and students out of the picture. The truck he drove was reportedly carrying gasoline as well as a tank of propane.

In an early report out of the university, school administrators announced a campus-wide lockdown following reports that a man with a weapon had driven onto campus. At the time, while no shots had been fired nor any injuries reported, officials urged those on campus to remain inside.

Back in 1998, an 11-year-old and a 13-year-old opened fire at Jonesboro’s Westside Middle School, killing a teacher and four students.