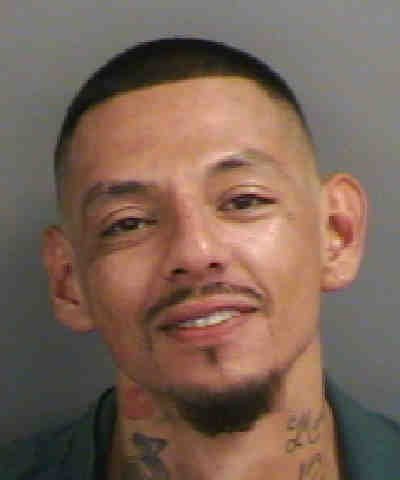 A naked Florida man was arrested on Saturday for drunk driving after Collier County troopers pulled him and his three female passengers over in response to a call regarding a reckless motorist.

According to the Florida Highway Patrol, the naked driver was clocked doing 110 miles per hour down Alligator Alley.

Naples Daily News reports that around 3:00 p.m. on December 5, authorities began to receive calls regarding a recklessly driven Cadillac which was veering on and off the road as it traveled west toward Naples. Roughly 10 minutes later, an FHP officer spotted the vehicle and clocked it with his radar, which indicated that the vehicle was traveling well over the speed limit, 109 mph — which the trooper estimated to be 110 mph.

After the trooper pulled the vehicle over, he spotted an open 12-pack of beer and a shirtless driver. When he asked the driver, 33-year-old Noe Dejesus, to step out of the vehicle, he realized that the suspect was naked.

According to police reports, the stench of alcohol emanated from Dejesus — who also reportedly exhibited slurred speech and bloodshot eyes.

The Lehigh Acres man declined to perform field sobriety tests and was subsequently arrested and booked for DUI in addition to driving without a license — the latter of which being a misdemeanor.

The arresting officer found several empty beer bottles as well as a bottle of Crown Royal whiskey that appeared to be almost empty.

Research has shown that one in three adult Americans suffers from what is known as alcohol use disorder.

The CDC reported that in 2012, more than four million Americans reported driving while under the influence of alcohol.