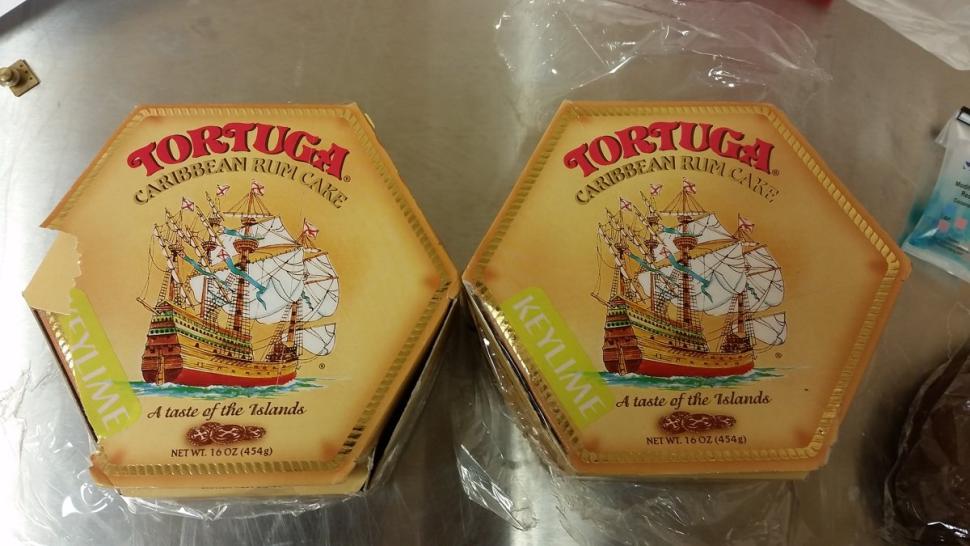 A 30-year-old man, Romel Samuels, was arrested on Tuesday at John F. Kennedy International Airport after officers with U.S. Customers and Border Protection discovered an extra ingredient inside of a couple of rum cakes he was transporting: cocaine.

According to a criminal complaint filed in Brooklyn Federal Court that was obtained by the New York Daily News, the CPB officers selected Mr. Samuels to be examined after his JetBlue flight out of Guyana arrived at JFK. In their examination, the officers cut through a a rum cake to discover what Homeland Security special agent Dan Donahue referred to as “a white pasty substance” in the aforementioned criminal complaint against the suspected smuggler.

After a field test, authorities determined the “white pasty substance” to be cocaine.

In total, what would otherwise be whipped cream turned out to be 1.5 kilos of cocaine with a street value of, according to the NY Daily News, roughly $70,000.

The suspect, who claims he assumed something illegal was in the cakes but didn’t know what exactly, was ordered to be held without bail on Wednesday following the discovery of cocaine laced pastries.

Samuels told authorities that someone in Trinidad and Tobago had asked him to transport the rum cakes to New York after his flight had landed for stopover in the Caribbean country.

In other cocaine news, the son of infamous drug kingpin Pablo Escobar, who is named Sebastian Marroquin, recently voiced the claim that Frank Sinatra was an associate of his father’s, a coke dealer.

Earlier this year, a man in Ohio called 911 to report that his wife had stolen his cocaine and was promptly arrested by responding officers on an active warrant.