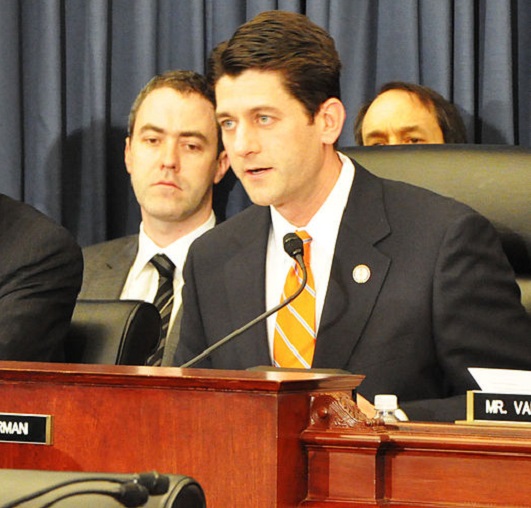 Speaker of the House Paul Ryan was quick to condemn Republican candidate Donald Trump’s words against Muslims, including U.S. Muslims. Trump is calling for a ban on all Muslims entering the United States “until our country’s representatives can figure out what is going on.”

Previously, Ryan had been avoiding discussing any presidential-related politics but after Trump announced late Monday that he would not be participating in a Republican National Committee fundraiser, Ryan spoke up on Tuesday.

Trump’s comments were in response to the shooting rampage that happened at a holiday party in San Bernardino, California last Friday that left 14 dead and more than 20 injured. The FBI believes that the couple responsible for the shooting had been radicalized by Al Qaeda.

Ryan’s remarks were described as more elegant than those of fellow Republicans, RNC Chairman Reince Priebus who said, “I don’t agree” and Senator Pat Toomey who said, “Trump is wrong.” Priebus later added that, “We need to aggressively take on radical Islamic terrorism but not at the expense of our American values.”

The meaning of Ryan’s message is hard to misunderstand: the Republican party – and the American people – do not stand for the banning of all members of any religion. Similarly, the other day, British Prime Minister David Cameron commended a man who shouted at the suspect of the London Underground stabbing. “Some of us have dedicated speeches and media appearances and soundbites and everything to this subject, but ‘you ain’t no Muslim, bruv’ said it all much better than I ever could.”

So far, Trump has not responded to Paul Ryan’s remarks.