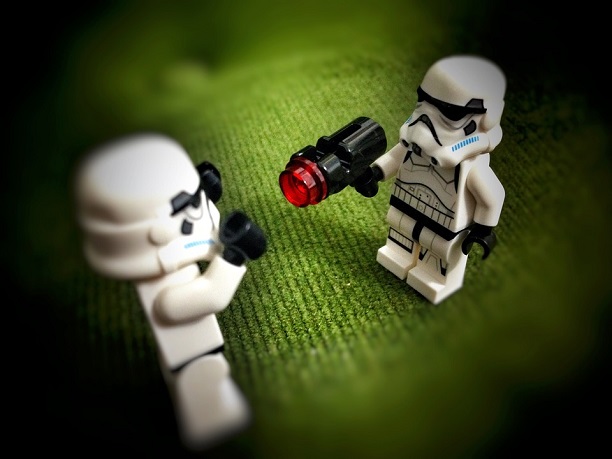 Screenwriter Lawrence Kasdan’s name is perhaps not quite as well-known as that of George Lucas, but he has been involved with the Star Wars movie franchise since screenwriting The Empire Strikes Back back in 1980. He also cowrote the follow-up, Return of the Jedi. He wrote a string of other films as well, including The Big Chill and Raiders of the Lost Ark. Now he has returned along with many others from the original trilogy, lending his writing skills to Star Wars: The Force Awakens.

He says that he did not feel any pressure to write the newest film. “It’s very rare that you get to work on a movie that you know people are going to go to see.” He felt the same way when he was writing Empire Strikes Back.  “I didn’t feel any pressure because it was the sequel to the most popular movie ever made.”

Kasdan is a big fan of Harrison Ford, who plays the iconic Han Solo. “He’s an actual superhero!” he says. Kasdan is also penning the script for the new Han Solo-focused movie, along with his son Jon, who essentially grew up on movie sets while his father was working on The Big Chill and Silverado.

When asked what Star Wars personally means to him, Kasdan says:

The basic theme of ‘Star Wars’ is realizing our potential. It’s not always a positive thing and it’s not an easy journey. It’s not always easy to throw off what you’ve inherited from your mother or father. How does that change your life and direct your life? The ‘Star Wars’ saga is really about finding out ‘What am I capable of?’ Is there a chance for change? And is it too late? No matter what your age, can I still change my life?

Comparing the excitement surrounding Empire Strikes Back, Return of the Jedi and this newest Star Wars film, Kasdan says that “there’s no comparison.”  The internet has made it possible for the trailer to be released and everyone around the world to instantly begin discussing it together.

“I’ve seen it six or seven times,” he says, “and I feel very good about that. When this movie starts, you just can’t believe how dynamic and fun it is.”