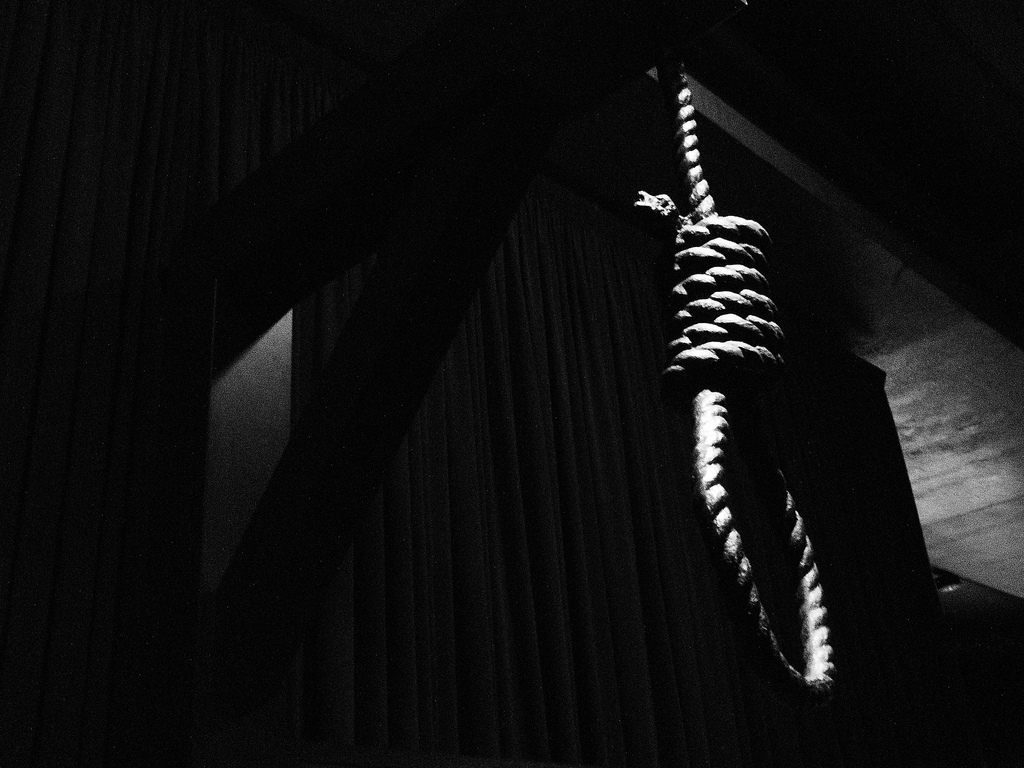 In an attempt to cover up a murder by staging a suicide, a Florida man allegedly tossed a noose around his girlfriend’s neck and hung her in her apartment.

The police affidavit indicates that Wilson “confessed” to strangling Jennifer with his bare hands.

WFLA reports that he allegedly informed witnesses that she wouldn’t shut up, so he “had to shut her up.”

Witnesses claim that he also planned to kill the recently deceased’s mother. Her mother, fearing someone had broken in after she noticed what looked like tampering with the door to the main entrance, dialed the authorities and reported the possible break in.

What she noticed, according to the affidavit, was a “tear in the screen door near a door knob and a glass slate removed.”

Palm Beach Post reports that Wilson was arrested in connection with the death on November 28 and that when he was arrested, he was already incarcerated after having booked on an unrelated DUI charge.

When Sarasota PD arrived, responding to the possible burglary call, they found Copeland dead inside of the garage apartment that she lived in at 1146 Patterson Drive.

Speaking to the authorities on November 27, Copeland’s mother indicated that the alleged murderer had shown her a hangman’s noose hanging from the rafters in the garage. She told him to take it down, the arrest affidavit states.

While the investigation into the slaying continues, Wilson has been charged with murder. Authorities are asking anyone with information on the killing to call Detective Dan Riley at (941) 954-7062 or to leave an anonymous tip via the local Crime Stoppers website at www.sarasotacrimestoppers.com or to call the hotline at (941) 366-TIPS.