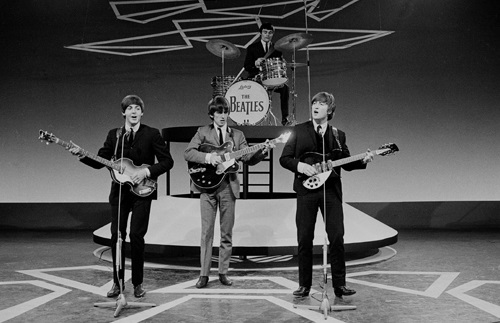 A legendary drum set used by Ringo Starr in some of his early hits with the Beatles has been sold at auction and the winner, the elusive owner of an NFL team who hasn’t been caught in view of the public eye in over 50 years, has dropped, according to the auction house, $2.2 million for the right to call the iconic kit his own.

The U.S. based auction house that managed the transaction, Julien’s, indicated that Jim Irsay, the billionaire owner of the Indianapolis Colts, won the auction for the item.

During the course of the three-day event, which took place in Beverly Hills, California, the auction house featured over 800 items on sale. One such item was Rickenbacker guitar gifted to Starr by John Lennon, which sold for, according to the auction house, $910,000.

According to a spokesperson with Julien’s Auctions, the auction brought in just under $10 million, the Los Angeles Times reported.

Ringo played the set of oyster pearl Ludwig drums at over 200 live performances as well as on 180 studio recordings during his time with the Beatles.

Proceeds from the auction are intended to benefit the Lotus Foundation, which was founded by Ringo along with his wife, Barbara Bach.

Irsay’s recent acquisitions are by no means his first in the realm of rock music memorabilia, as the collector reportedly picked up an early Gibson Les Paul for $335,000 as well as more than a million for the Fender Stratocaster that Bob Dylan played the night he “went electric” at the 1965 Newport Folk Festival.