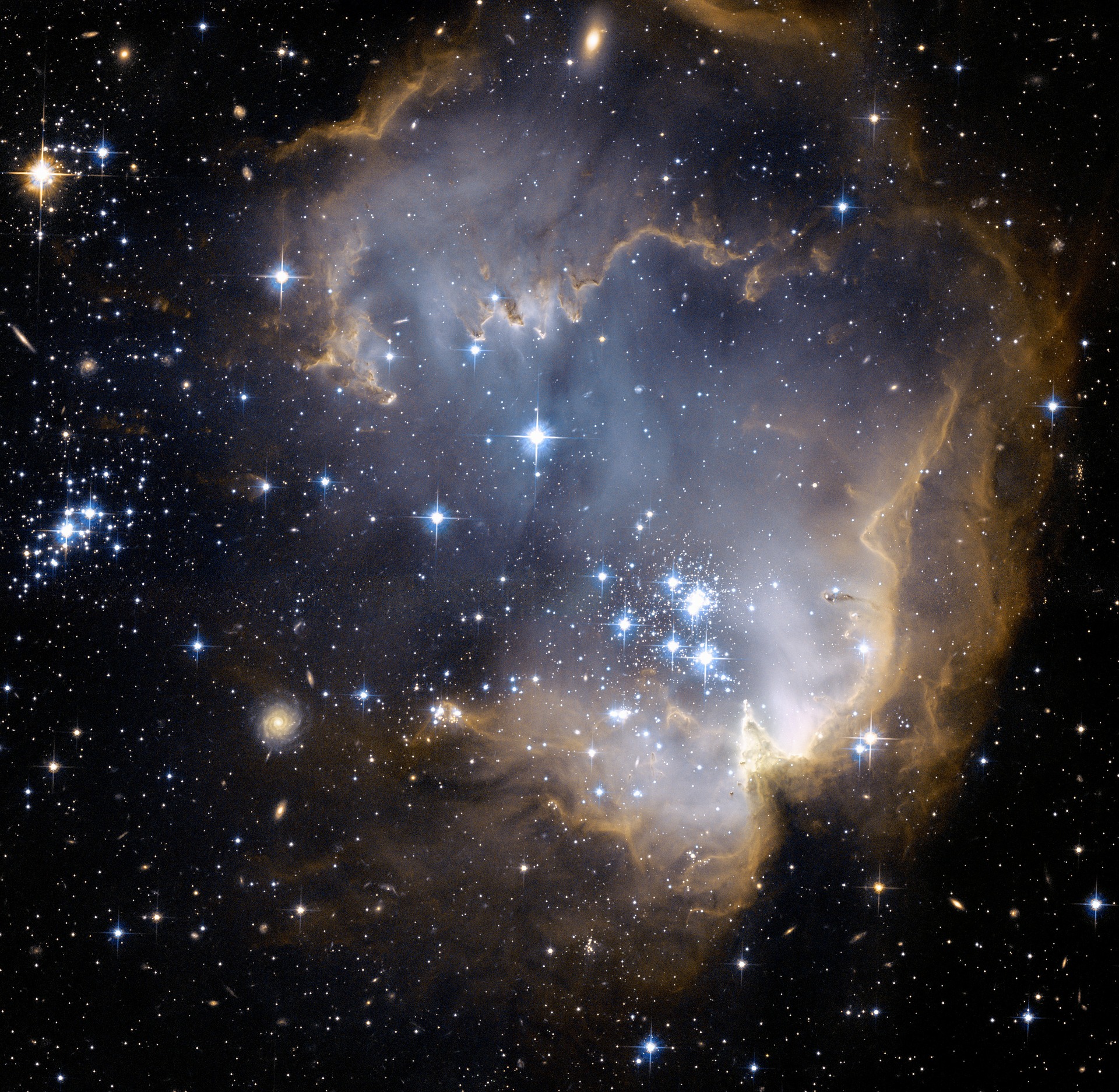 The Atacama Large Millimeter/submillimeter Array (ALMA) has done us humanoids proud. Recently astronomers used it to spot a nest of large baby galaxies approximately 11.5 billion light years from our own part of the universe.

The images snapped by ALMA portray a web of dark matter nestling the young galaxies. They may be able to help astronomers understand how massive galaxies come into existence and evolve.

According to Discovery, webs of dark matter can help us understand how our universe was formed and structured. Although we cannot see dark matter because it does not interact with light, we know it accounts for the vast majority – about 85 percent – of the universe’s matter. We know it exists because of its gravitational influence on space and time. The ALMA findings reassert the notion that our elliptical-style galaxies in the modern universe were once nurtured by dark matter, including those which were born a few billion years after the Big Bang.

Phys.org explains that it had long been difficult to determine the location of galaxies that are busy forming stars due to the fact that cosmic dust often obscures the imaging process. Dusty galaxies are often traced through their emitted radio waves, but the resolution of telescopes attempting to detect them have often been insufficient.

In the quest to locate star-forming galaxies, a Japanese research team led by Hideki Umehata who was staying in the European Southern Observatory in Germany focused ALMA upon SSA22, a part of space within the Aquarius constellation. Nine monstrous galaxies were found, reaffirming a hunch they had while using a lower-resolution machine operated by the National Astronomical Observatory of Japan.

The astronomers continue to push ahead in their efforts to better understand our universal origins. The cosmic trend known as the large scale structure of galaxies is something that remains to be fully understood. Perhaps these young galaxies being cradled by dark matter provide us with more questions than answers.