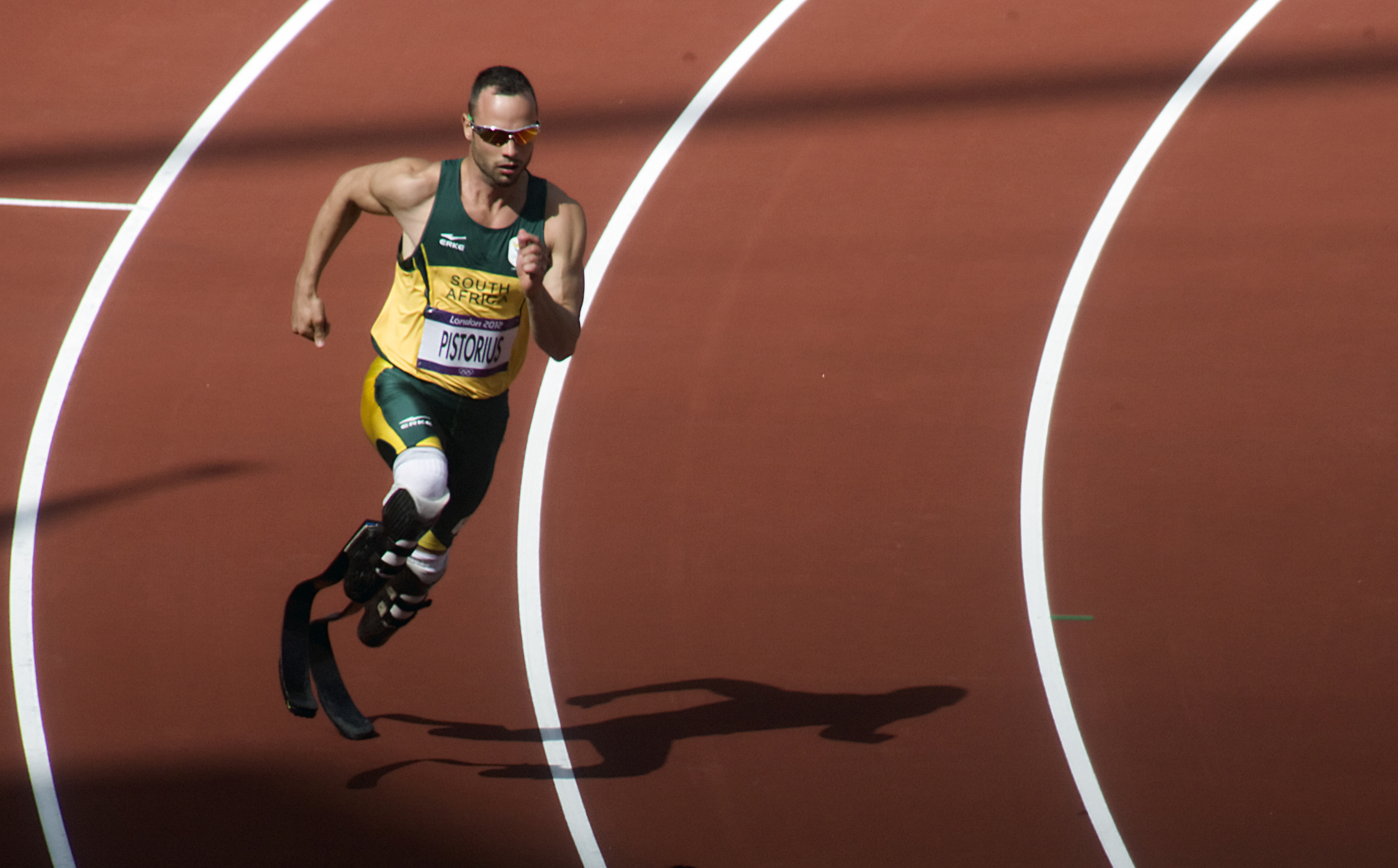 Oscar Pistorius, a six-time Paralympic gold medallist who cemented himself into the history books in 2012 when he became the world’s first amputee to compete in the Olympics as a sprinter, has been found guilty of murder in the 2013 shooting death of his then girlfriend, Reeva Steenkamp.

Guilty of murder with the accused having had criminal intent in the form of dolus eventualis.

Referring to the case as “a human tragedy of Shakespearean proportions,” the appeal court judges wrote:

This case involves a human tragedy of Shakespearean proportions: a young man overcomes huge physical disabilities to reach Olympian heights as an athlete; in doing so he becomes an international celebrity; he meets a young woman of great natural beauty and a successful model; romance blossoms; and then, ironically on Valentine’s Day, all is destroyed when he takes her life. The issue before this court is whether in doing so he committed the crime of murder, the intentional killing of a human being, or the lesser offence of culpable homicide, the negligent killing of another.

In the early morning hours of February 14, 2013, Mr. Pistorius allegedly shot and killed the late Ms. Reeva Steenkamp at his home in the district of Pretoria.

Prosecutors have alleged that the deceased, 29-year-old magazine model Miss Steenkamp, was shot through a bathroom door on Valentine’s Day following an argument, however, Pistorius has disputed this assertion in claiming that he killed her by mistake after mistaking her for an intruder.

Regardless of the Olympic athlete’s position on the slaying, Justice Leach said that he should have been aware of the fact that someone could have been killed by his pulling of the trigger and under South African law, a person that can foresee the death of someone else as a result of their actions can be found guilty of murder if they proceed with those actions.

“As a matter of common sense at the time the fatal shots were fired, the possibility of the death of the person behind the door was clearly an obvious result,” Judge Leach was quoted by BBC as having said. The judge added that “in firing not one but four shots, such a result became even more likely.”

As a matter of common sense at the time the fatal shots were fired, the possibility of the death of the person behind the door was clearly an obvious result […] And in firing not one but four shots, such a result became even more likely.

While the minimum sentence for a murder conviction in S.A. is 15-years, judges have the ability to apply some discretion in such sentencing matters — effectively allowing them to reduce the duration of the sentence to some degree.

According to a Johannesburg based BBC reporter, Pumza Fihlani, the athlete will be headed back to prison as the country’s laws don’t allow anyone serving more than five years to do so under house arrest.

Pistorius was placed under house arrest less than two months ago following a year in jail for his lesser conviction — a conviction for which he was to serve five years. Fox News reports that he was serving his house arrest in his uncle’s mansion in Pretoria.

A prosecution spokesperson previously indicated that an arrest warrant had been issued, but this was later denied by the Prosecuting Authority.

The runner’s sentencing for his recent murder conviction is expected to arrive not this year but next, in 2016. He does have the option to appeal, but as BBC reports, only if his attorneys believe that his constitutional rights were violated by the appeal court judges — setting the bar fairly high; a difficult expectation to meet.