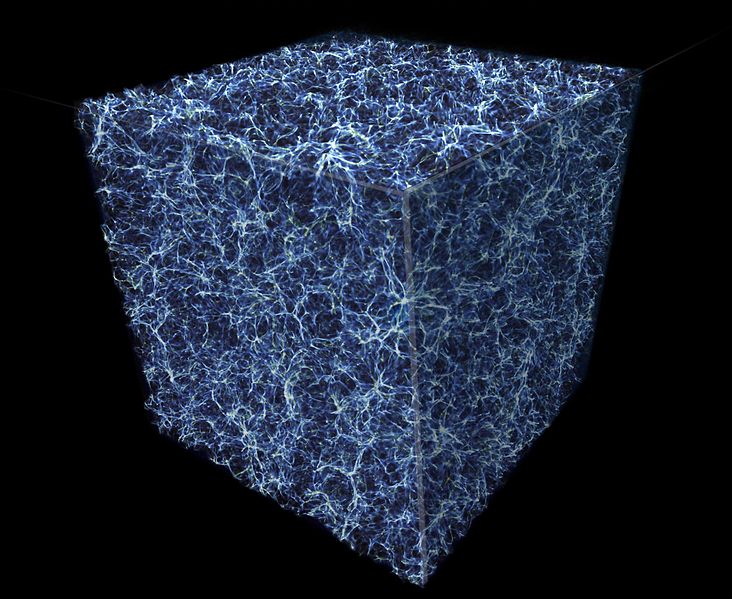 Scientists from the University of Geneva have discovered new details that explain what the universe is made of. Ordinary matter makes up only 5 percent of the universe; approximately half of this amount, the so-called “missing baryons,” have confused scientists thus far. This matter known as “ordinary” makes up everything that we know. The new study has found that the leftover amount of universe is in the form of a “cosmic web” of gas that exists at temperatures between 100,000 and 10 million degrees.

Galaxy formation occurs when ordinary matter collapses and then subsequently cools down. Being able to identify the nature of ordinary matter is vital to understanding what starts the formation of galaxies. With the use of the XMM space telescope –  capable of detecting the signatures of very hot gases – the University of Geneva researchers examined Abell 2744, a large cluster of galaxies that has a strange distribution of dark, luminous matter at its center. The findings validated prior predictions that the mysterious percentage of ordinary matter is held in a “cosmic web.”

Dominique Eckert, lead scientist of the study, had this to say about their process:

Now we must verify that the discovery of Abell 2744’s missing baryons is applicable to the entire universe. This will consist in studying these filamentary regions in detail, and measuring their temperature distribution and the various atoms that compose them, in order to understand how many heavy elements there are in the universe.

If the scientists are able to measure the atoms in these filaments, they can guess the number of heavy nuclei created by stars since the beginning of the universe. The European Space Agency (ESA) is developing a new space telescope to further examine this evidence, with the UNIGE and Switzerland closely involved with the project. The telescope is named Athena and it is scheduled to be operational by the mid-2020s.