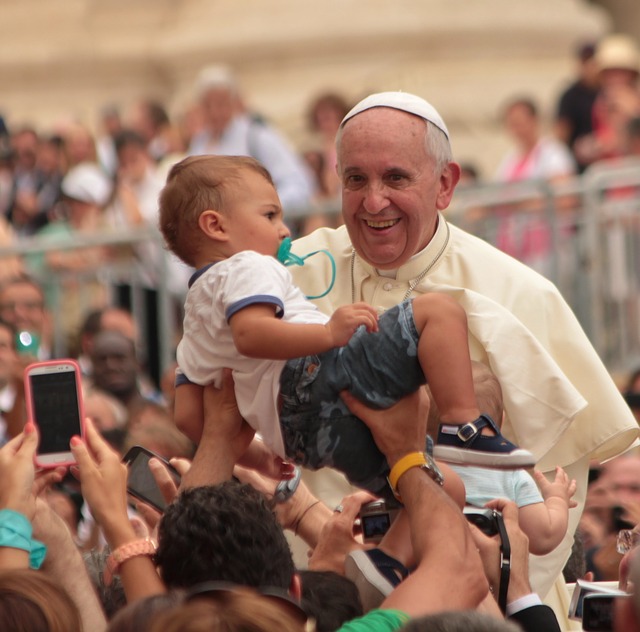 During Pope Francis’s visit to Philadelphia, the pontiff met with countless people, inspiring millions. But one family says what they experienced was nothing short of a miracle.

The pope kissed the head of 1-year-old Gianna Masciantonio, a child with a rare and inoperable brain tumor. Today, Gianna’s parents say the tumor is vanishing and she’s becoming healthier.

Her father Joey Masciantonio said the tumor is “basically gone” after surgery and chemotherapy.

A family friend, FBI agent Donny Asper, described Gianna’s meeting with the pope “the Miracle on Market Street,” since the child had been given only a few months to live. Asper was the one who helped the family get a chance at meeting Pope Franicis in September.

The tumor formed when she was less than a year old, after blood cells attacked her brain stem.

But newer brain scans have shown the tumor has shrunk since August, leading her father to reflect:

I think this is all, this is from God. This, you know? The Pope was just a messenger from God.

Her mother, Kristen, was also optimstic. “You can hardly see the tumor, in so many of the cuts. It’s just, it’s just a blur,” she said.  “She’s getting better and stronger. She’s blowing kisses. She’s started to point, started pointing at things.”

Her parents see other signs of a miracle at work, for example, in the fact that she was taken to the pope by his body guard, Domenico Gianni, who has a name similar to their other child’s name, Dominic.

“Last year was about living in honor of her. Now we’re going to get to live with her,” her father reflected.

Having lived her first eight months in hospice care, Gianna now has her parents feeling very optmisitc. They say they can’t wait to teach the child about the miracle of the Pope’s kiss.