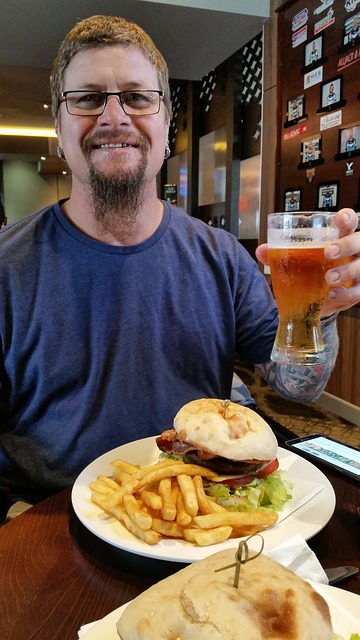 There has long been a theory, supported by at least some evidence, that this is true. That women perform a type of disordered eating called “light eating” when eating in the company of men.

A new study takes another look at the habits of disordered eating. This time, however, it looked not just at women eating with men, but also at men eating with women. The results the study found were somewhat dramatic.

First, the study indicated that the “light eating” associated with women does not actually result in eating less and faster — it just makes them feel like they’re eating in that manner. Perhaps, according to CBS News, this is due to the fact that women are extremely sensitive towards their body image, and so are more aware of every calorie they consume.

Interestingly, men had the opposite disordered eating problem. When eating in the company of women, men ate 86-93 percent more.

Interestingly, men had the opposite disordered eating problem. When eating in the company of women, men ate 86-93 percent more, reports The Atlantic. This overeating has drawn interest, because it is more difficult to see how an act that many find unattractive could be any sort of display of prowess for mating purposes. However, Kevn Kniffin, the lead author of the study, has a theory: “the new research article examines the question of whether overeating might function as a comparable kind of signal that a person is healthy enough that they can engage in unhealthful behavior of excessive eating (and still end up okay).”

To perform this study, researchers set up shop in an Italian buffet for two weeks, talking to 105 adults who had chosen the all-you-can-eat buffet as they left, and asking them fill out a quick survey on what and how (and with whom) they had eaten in the restaurant.

The participants ranged everywhere from 18-81 years old. The results did not specifically examine, however, anything regarding the effects of eating out.