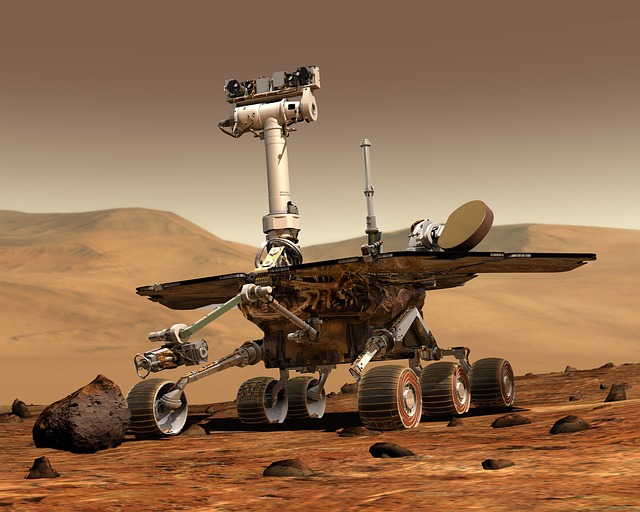 Citizens of the United States may get their chance to go to Mars after NASA announced that they are hiring astronauts for their Mars missions as well as missions for the International Space Station.  Of course, this is not something that would be free.  NASA also released a list of criteria that applicants must fulfill:

Those who think they have what it takes are asked to apply on NASA’s official website.

It is an exciting time to be exploring Mars, because new discoveries are being made there all the time.  On Thursday, NASA made an announcement about their finding that Mars’ atmosphere – which is nearly 100 times thinner than the Earth’s atmosphere – was pushed out by a solar wind, leaving the planet unable to protect itself from the harsh heat of the sun.  It is likely that most of the atmospheric gases on Mars were lost during major solar activity which involved strong winds and radiation eroding the necessary molecules that were necessary to preserve the planet’s atmosphere and oceans.

These findings come from the MAVEN (Mars Atmosphere and Volatile Evolution) spacecraft which has been in orbit around the planet since September 2014.

It seems that the more we study Mars, the more we learn how life could be supported and where there are resources to support life in the future.

This announcement adds to the theory that Mars was once like Earth, and may have even harbored life.  Today, Mars is cold, but billions of years ago it was warm enough to have lakes, rivers, and oceans.

This past September, researchers announced that they had discovered evidence of water‘s past existence on Mars.  “Using an imaging spectrometer on MRO, researchers detected signatures of hydrated minerals on slopes where mysterious streaks are seen on the Red Planet. These darkish streaks appear to ebb and flow over time. They darken and appear to flow down steep slopes during warm seasons, and then fade in cooler seasons. They appear in several locations on Mars when temperatures are above minus 10 degrees Fahrenheit (minus 23 Celsius), and disappear at colder times.”

About 4.3 billion years ago, Mars had enough water to cover its entire surface, but researchers believe it’s more likely that the mass formed an ocean in the planet’s northern hemisphere.  The fact that water existed on the planet before indicates that Mars was capable of sustaining life, and it may be that life on Mars could be a science reality in the future.