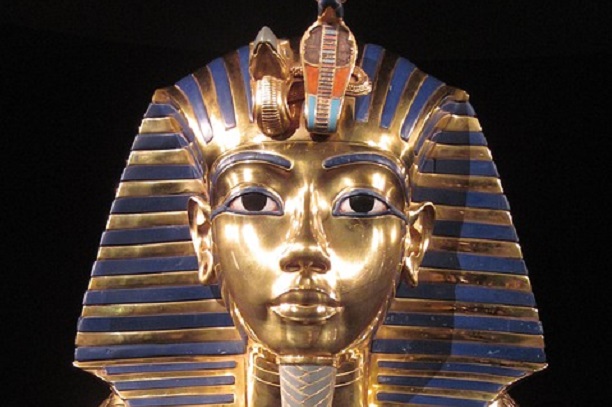 Infrared scans of King Tutankhamun’s tomb appear to show evidence of a hidden chamber, possibly designed for Queen Nefertiti.  This would support a theory long held by British archaeologists.

According to Mandouh el-Damaty, the Minister of Antiquities, analysis shows that parts of the northern wall in the tomb record different temperatures.  One explanation for the temperature difference is that there might be an open area that lies behind the wall.

British archaeologist Nicholas Reeves argued that the pharaoh’s tomb originally included two doorways which were then plastered and painted over.  He believed that the doorways indicated that the tomb was meant for Nefertiti and that Tutankhamun’s death caused the tomb to be reopened 10 years after her death in order to place him there because his mausoleum had not been built in time.  Reeves states that Tutankhamun died unexpectedly and was quickly buried in an underground chamber that was most likely not intended for him.

Mr el-Damaty disagrees and believes the tomb may contain  the remains of Kiya, one of the wives of the pharaoh Akhenaten.

A number of experiments will be carried out to determine more accurately the area marking the difference in temperature.

Damaty hopes that utilizing this infrared scanning to explore the changes in temperatures in the famous tomb will help to reveal “the discovery of the century.”

After just nine years on the thone, King Tut died at the age of 19 in 1324.  In 14th century B.C., Queen Nefertiti was an important political and religious leader.  The pharaoh Akhenaten, Tutankhamun’s father, was married to Nefertiti as well as Kiya.

Additional experiments will be conducted on the walls of Tut’s tomb to see if there are further differences in chamber temperatures.  Using the thermography equipment will take a week or more in order to confirm the results of the scans.