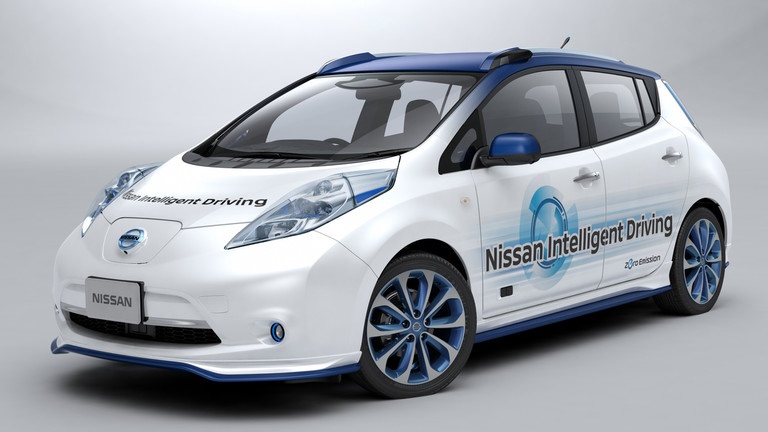 Nissan is now testing the first of its autonomous vehicle prototypes designed to operate on city roads and highways, the automotive company announced on Thursday.

For the initial testing of its autonomous vehicle prototype — which is part of an advanced form of vehicle intelligence that the company calls “Nissan Intelligent Driving” — the company is kicking things off in the land of the rising sun, Japan, with its first on-road test.

For what the company referred to as “Stage One” in a recent press release announcing the commencement of road testing for its self-driving vehicle prototype, it intends to offer what it’s calling “Piloted Drive 1.0” — which entails autonomous driving under heavy highway traffic conditions.

In order to improve and develop Nissan Intelligent Driving for the public at large, the company’s new prototype vehicle is being tested in actual traffic conditions.

The prototype — which is based on the Nissan LEAF, an electric car — is equipped with laser scanners, cameras, specialized Human Machine Interface (HMI), millimeter wave radar, high-speed computer chips and other technology geared towards its autonomous operation on highways and city streets.

The high-spec laser scanner, which is in its prototype stages, allows the vehicle to determine the distance between it and its surroundings using precision three-dimensional measurements — subsequently offering the self-driving prototype the ability to navigate routes through tight spaces.

Its 360-degree view camera system is designed to allow for accurate navigational routing through sharp curves and intersections.

Nissan senior vice president Takao Asami stated in the company’s press release announcing the news that the company is “setting clear goals and preparing for the implementation of piloted drive” while aspiring towards “a safe and trouble-free motoring future” led by none other than Nissan.

In other self-driving car news, California approved Honda’s autonomous cars for road use back in September and earlier this month, Rinspeed unveiled its new drone-equipped self-driving sports car.