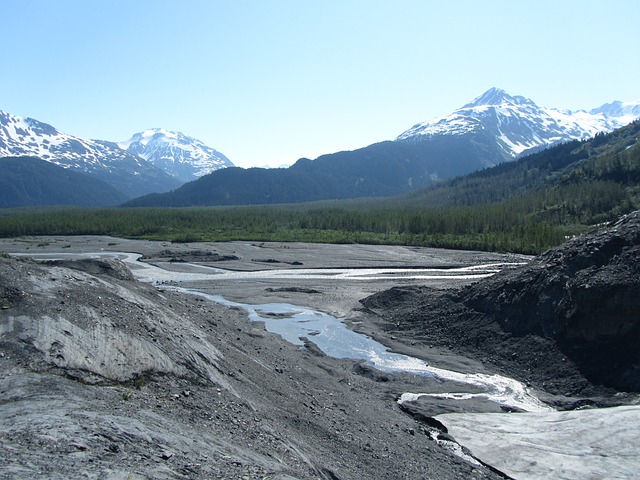 New genetic information may support the theory that humans settled in Beringa – a land bridge connecting Siberia to the Americas that disappeared in the Ice Age—long before they migrated to North and South America.

Two infant skeletons were found buried in what is now Alaska. The remains, over 11,500 years old, were analyzed and scientists discovered the babies had two different mothers, reports The Washington Post.

The ancient skeletons are among the oldest genetic material ever found in the Americas, and the first DNA discovered in Beringa, according to The New York Times.

The archaeological site was discovered in 2010 near Upward Sun River. Excavations in the area have revealed that people visited there between 13,200 and 8,000 years ago during the summer months to catch hares and salmon. The ancient people built tent like structures where they lived during these hunts.

One of the buried infants was a late-term fetus; the other died only a few months after birth. Both of the babies were laid to rest atop a bed of red ocher, with antlers resembling hunting darts fashioned on the grave.

The find is a rare one, allowing a “window into the worldview of these people,” said Ben A. Potter, an archaeologist from the University of Alaska Fairbanks who leads the research at the excavation site at Upward Sun River.

These things we hardly ever find — it’s a very rare window into the worldview of these people.

The bodies of the two children were clearly buried ceremoniously, but why both bodies are in the same grave remains a mystery. Dr. Potter and his team drilled small pieces of bone from the two skeletons – with permission from the local Native American tribes – and sent them to geneticists at the University of Utah for further study.

A joint burial such as this would typically suggest some relation between the two babies; however, the children had different mothers, leaving the scientists stumped.

Researchers were only able to analyze the mitochondrial DNA of the skeletons, leaving the possibility that the infants may have shared a father. However, it’s just as possible the researchers stumbled onto an unknown ancient cultural practice.

Earlier this year, a crew of construction workers in California was surprised when they unearthed fossils during an onsite dig that dated back to the Ice Age.