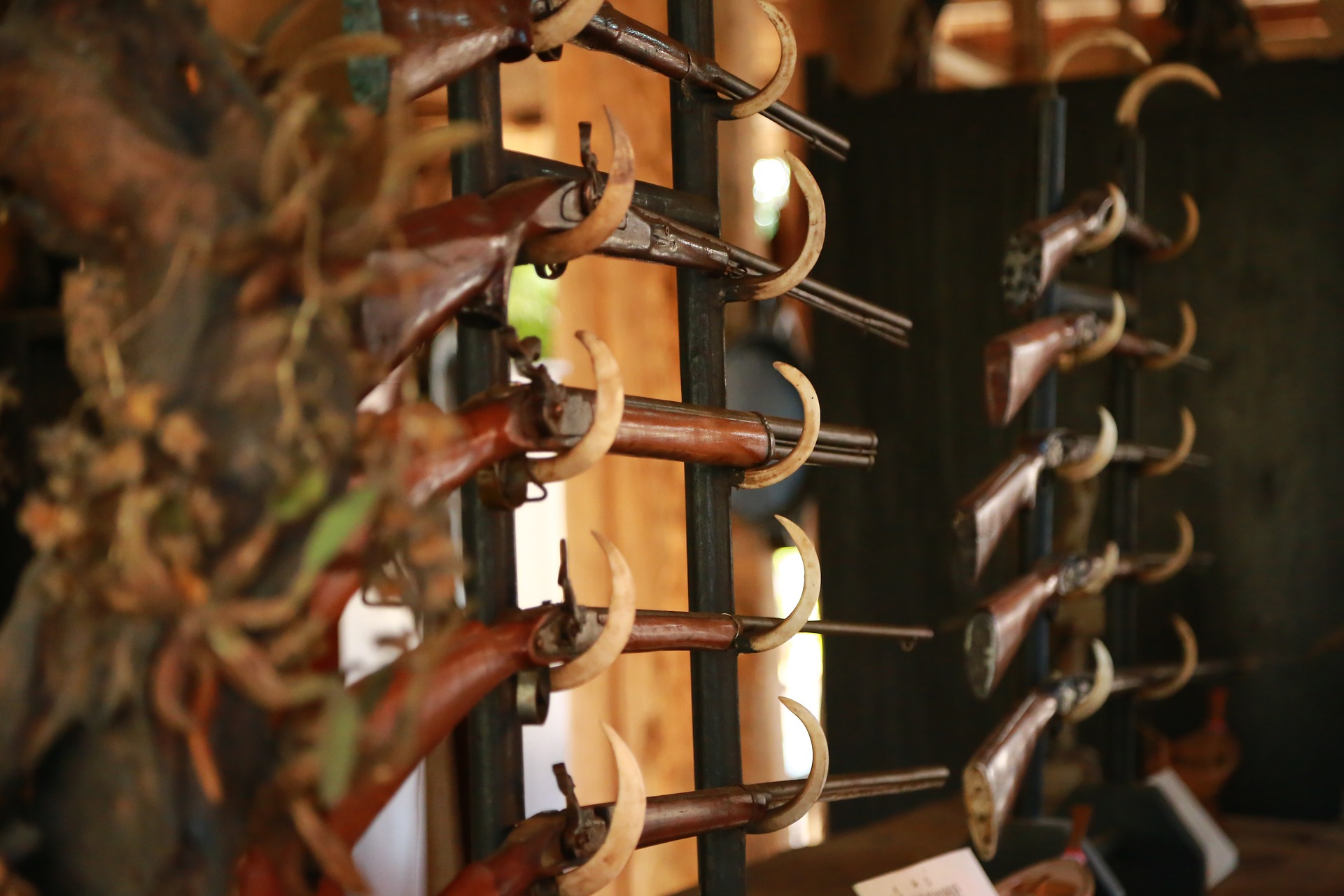 Authorities arrested a South Carolina man on Saturday after discovering thousands of stolen guns on the man’s property.

The stolen guns, which were seized by deputies, may have been stolen from hunting clubs and homes in North Carolina, as the man’s home is located near the border.

According to Brooks, there’s no indication that Nicholson is a gun trafficker. Instead, he appears to be hoarding guns that were stolen by others on his behalf.

In addition to what Brooks estimated to be “somewhere between 7,000 and 10,000 stolen weapons,” authorities found ammunition, tools, 4-wheelers and other items that are also believed to have been stolen.

Earlier in the week, Nicholson was charged with selling heroin and opium. When deputies visited his home on Friday to serve him his subpoena to appear in court, they noticed a welder and some chainsaws out in the open — items which had been reported stolen just days prior, which the deputies knew because they had written the reports. As a result, they returned with a search warrant and that’s when they found the large cache of stolen property.

The stolen loot was hauled away by the authorities in not one, but four 40-foot long tractor trailers.

The Charlotte Observer reports that hundreds more weapons were found at the home of Nicholson’s parents and the liquor store he runs with his father.

Sheriff Brooks told the Charlotte Observer that after a while, they just quit counting after a while because there were just “so many” to count.

There were so many guns we quit counting after a while

The Charlotte Observer reports that hundreds more weapons were found at the liquor store run by Nicholson and his father.

According to Brooks, there’s still “much more to come,” including potential arrests in connection with the stolen property discovered in the town of Pageland.