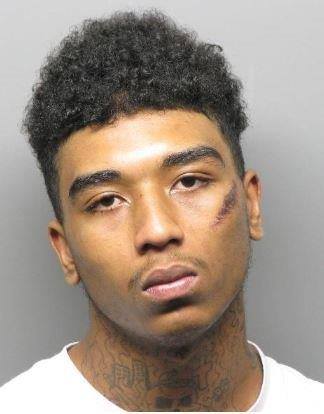 Authorities are on the hunt for an 18-year-old Oakland resident, who police have identified as Jason Alexander Brown, after a fatal shooting took place on Saturday night in Livermore, California.

The shooting took place at the Livermore Arcade Shopping Center located on First Street. The shopping center holds a CVS Pharmacy as well as a Safeway grocery store.

The shooter, who was initially described as a black male with a tall, thin build and a gray beanie cap, is considered armed and dangerous after he allegedly opened fire on two people in a vehicle with an assault rifle, killing one and wounding the other.

While authorities have yet to identify the second suspect involved in the shooting, he has been described as a male.

Both suspects are considered armed and dangerous.

The driver of the vehicle who was shot and killed was pronounced dead at the scene. The passenger, who was sitting in the front of the vehicle, was shot multiple times and subsequently transported to a local hospital for treatment.

According to police, neither victim is a resident of Livermore.

Police described the wounded passenger as a male in his late twenties, CBS San Francisco reports.

According to witnesses, the male suspects were seen driving a black 2006 BMW 325i with a couple of red racing stripes painted on the hood. The license plate number was identified as 5PLR682.

California Highway Patrol officers spotted the vehicle racing down Interstate 580 and gave pursuit, however, the suspects managed to lose the authorities in Oakland.

On Sunday morning, members of SWAT raided a West Oakland home in connection with the fatal shooting after discovering the BMW parked behind the residence, which is located on the 600 block of Center Street.

The Oakland SWAT team executed the no-bail arrest warrant obtained by Livermore PD for Brown on charges of murder and attempted murder, however, the suspect was not found.

Several people who were inside of the home came outside as a result of the raid, but no arrests were made.

Livermore Police Sargent Steve Goard was quoted by the San Francisco Chronicle as having said that these kinds of killings are “rare” for the city, making them extra “disturbing.”

These kinds of killings are so rare in our city (…) For this to happen here is very disturbing.

Both suspects remain at large.

The authorities are asking anyone with information to contact the Livermore Police Department by telephone at (925) 371-4777.