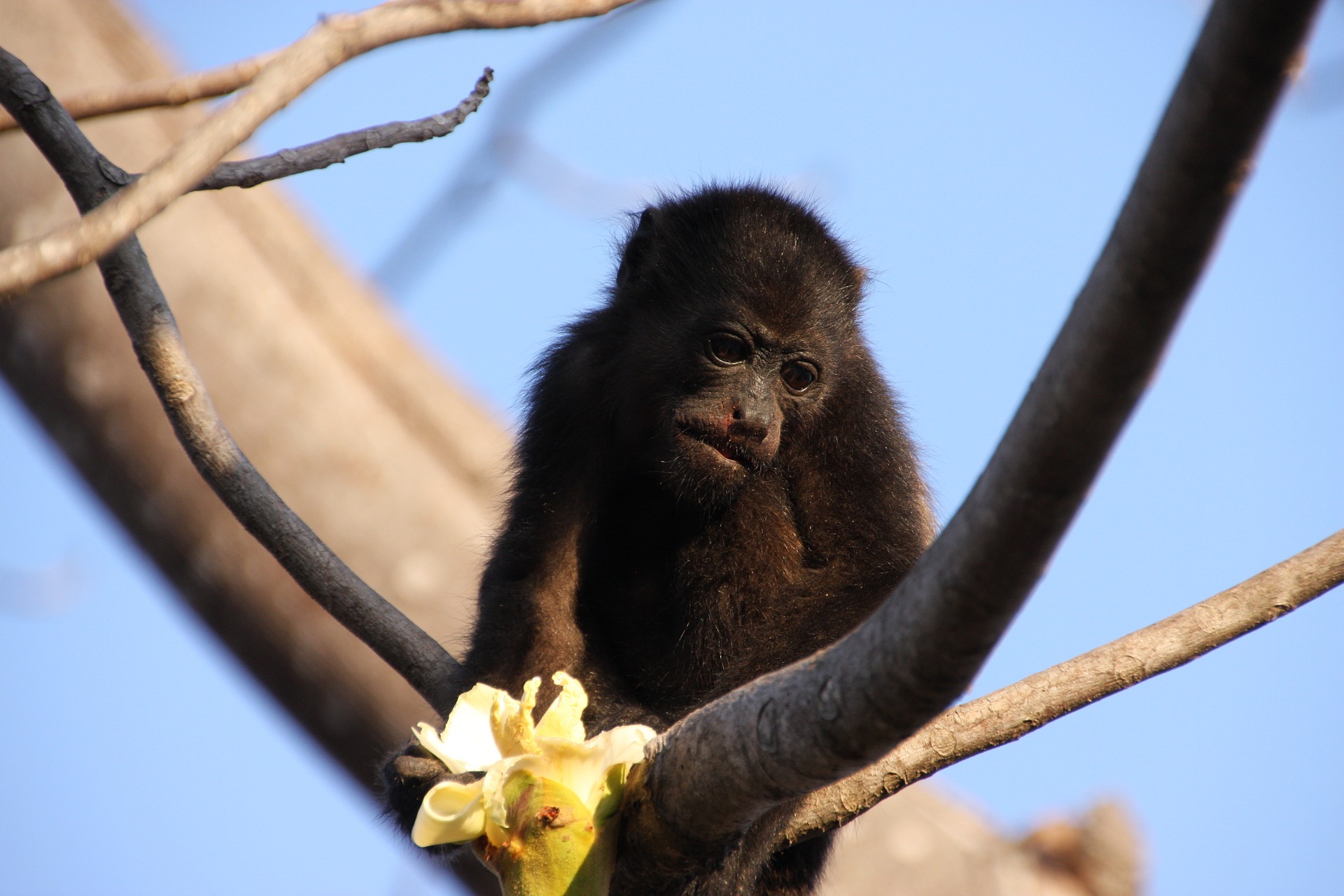 Male howler monkeys, one of but a few primate species that builds nests, must choose between big balls and a deep howl, according to a new study.

The study, which was published on October 22 in the journal Current Biology, suggests that the monkeys–known for their loud, guttural howls–are left with this evolutionary decision as a result of a trade-off between the size of their hyoid bone and their testes.

So while a larger hyoid bone means smaller testes for the monkeys — whose howls can travel for miles through dense forest — it also means deeper calls and vice versa.

All the way back in the days of Charles Darwin, curiosity existed around the cries of the howler monkeys. Darwin suggested that the cries of the males could be used to attract females who would determine their mates based on both the resonance as well as the depth of their calls.

Leslie Knapp, an anthropologist with the University of Utah, told Live Science that the study’s findings fit a “really exciting” pattern.

According to Knapp, one of the researchers involved in the study, it’s likely impossible for the species — the loudest animal in the New World — to evolve both large hyoid bones and large testes, as she stated that “they would” if they could.

If they could, they would (…) I think, because they don’t, it suggests that you can have one or the other, but you can’t have both.

While the researchers have managed to somewhat answer a question once pondered by the likes of Darwin back in the 1800s, Knapp noted that it also “opens the doors to more questions, like what is going on within species?”

We kind of have answered a question that Charles Darwin pondered in the 1800s, so that is exciting for us (…) It also opens the doors to more questions, like what is going on within species? Is there evidence that males with the very largest hyoids are the ones having the most kids?

A study published earlier this year, one in which scientists visualized the brain of the oldest known Old World monkey, has found that brain complexity can evolve before brain size in primates.

Earlier this year, the Wildlife Conservation Society (WCS) reported that a couple of primatologists had captured the first photograph of a red colobus monkey — an extremely rare primate previously thought to have been extinct.