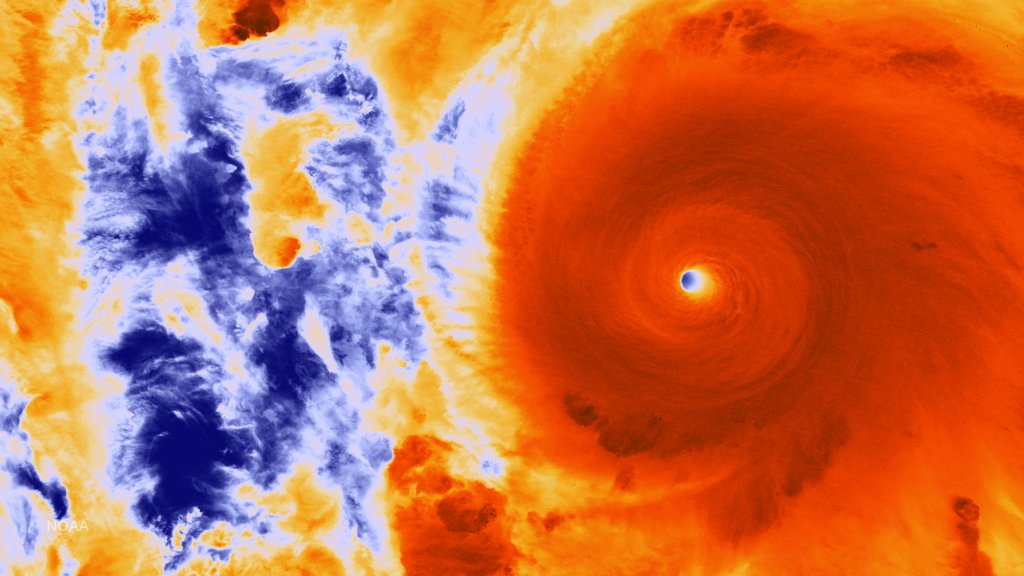 Warm waters are fuel for tropical system development, and right now the waters in the Eastern Pacific are boiling, thanks to a strong El Niño. As a result, Hurricane Patricia — which is currently moving across an area of very warm waters in this region — has experienced explosive development over the past 24 hours.

The storm, which was originally forecasted by the National Hurricane Center to impact the Mexican coastline as a category 2 storm with projected winds of under 115 mph at landfall, went through a period of rapid intensification yesterday and this morning. Last night, the storm reached category 5 intensity with 160 mph sustained winds, which is the strongest classification for a hurricane on the Saffir Simpson Scale.

In an update this morning, hurricane hunters found the storm had intensified even further, reporting sustained winds of 200 mph with gusts of 245 mph. This makes Hurricane Patricia the strongest cyclone in history in the western hemisphere, according to the National Hurricane Center, and it’s still on a collision course with the Mexican coastline. Thanks, El Niño.

In the 1 p.m. CDT update, the National Hurricane Center reports the storm has maintained its strength, and is expected to remain at category 5 intensity as it makes landfall. The NHC notes that hurricane force winds are tightly wrapped around the eye of the storm, extending only 35 miles from the center of circulation.

Hurricane Warnings extend from San Blas to Punta San Telmo as the brunt of Patricia is predicted to effect these areas this afternoon.

The National Hurricane Center will be flying into the storm again around 4 p.m. CDT.

Local residents have set up cameras to live stream the Hurricane as it comes ashore. Standing on the beaches right now, one would never know what was coming. Links are provided for those who want a visual of the hurricane as it makes landfall.