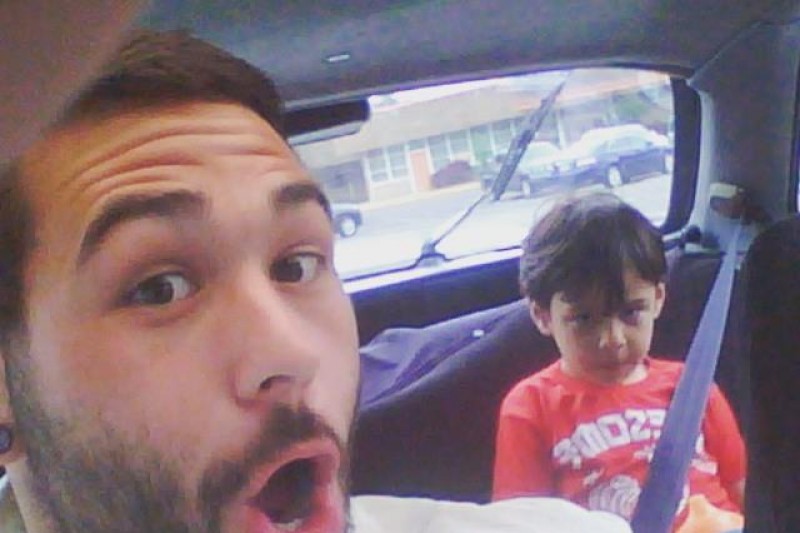 Chris Mintz is an Army veteran who is being hailed a hero after his response to the school shooting that occurred in Umpqua Community College earlier this month. Mintz took five bullets while trying to get others to safety, and he has now come forward with his story.

October 1 started off like any other day, he said. He met a friend for coffee before class and remembers jokingly suggesting he should skip school that day.

He got to his writing class and as his professor was going over an assignment, people began yelling in a nearby classroom. “No one could tell what the yelling was”, he said.

His teacher, now concerned, went to the door to see if everyone was okay.  At this point, gunshots — which “sounded like firecrackers going off” — started firing.

What happened next was nothing short of chaotic. People began running out of the classrooms to get out of the school and away from the shooter. Mintz held the door open for his classmates as they fled, and he collided with another panicked student as he tried to exit.

Mintz heard a counselor yell that someone needed to warn the people in the library, and he knew he needed to take action or people could die.

I ran in and told everyone they needed to leave and go to the other side of the campus, I ran through the book isles while yelling and pushed the emergency exits closest to registration open and ran through them and back down towards Snyder hall.

As he made his way towards Snyder hall, he noticed that people didn’t appear to know anything was wrong.

People across campus were walking around like nothing was going on

“You can’t be here,” Mintz yelled at a girl just arriving to the school. “There’s somebody shooting, you need to leave.” He could see the fear in her face as his words began to register.

Her face, it changed, she seemed so scared.

Mintz ran back to the classroom where the gunfire was coming from and peeked through the door. He saw a female student, covered in blood, and the gunman. He thought they were the only two in the room, unaware that the classroom was actually full of people outside of his field of vision.

As siren sounds grew audible, Mintz called out to a nearby man and told him to get the attention of the police. “You need to go get the cops”, he yelled. “Tell them where we’re at!” The man couldn’t hear him at first, so he had to repeat himself — and in doing so, he also caught the attention of the shooter.

“He leaned half of his torso out and started shooting as I turned toward him”, recalled Mintz. “The shots knocked me to the ground and (it) felt like a truck hit me.”

The shooter approached him and shot off one of his fingers for trying to alert the police of his whereabouts. “That’s what you get for calling the cops”, the shooter said to him.

Mintz responded saying the cops were already on their way, and explained that he didn’t call them.

As Mintz lay on the floor unable to move, the shooter drew the gun and aimed it right in his face. “It’s my kids birthday man”, Mintz pleaded.

The shooter turned around and went back to the classroom.

Mintz, who was confused as to why his life was spared, says he then lost track of time as he tried to deal with the immense pain from five bullet wounds.

I couldn’t move at all. My legs felt like ice, like they didn’t exist, until I tried to move. When I moved pain shot through me like a bomb going off.

Mintz noticed when the gunfire ceased shortly after. Students — some covered in blood — began running out of building, right past Mintz as he was still laying on the ground, still conscious, and still bleeding from his wounds.

A friend finally found him. Crying and traumatized, she knelt down beside him. He told her about it being his son’s birthday, and asked her to call his son’s mother to let her know “I can’t pick him up from school today”.

When medics arrived on the scene, Mintz said he finally knew everything was going to be okay.

He said he doesn’t consider himself a hero. He says the first responders are the true heroes.

THEY are the real heros, they saved us

In the statement released by Mintz on Facebook, he wrote that social media was what he believed to be the most acceptable method of releasing his statement because he doesn’t want publicity and he doesn’t want the media to alter his words.

Eight students and one professor died from the community college shooting. According to the manifesto left by the shooter, he was frustrated that he didn’t have a girlfriend. The shooter turned the gun on himself after officers arrived on the scene.