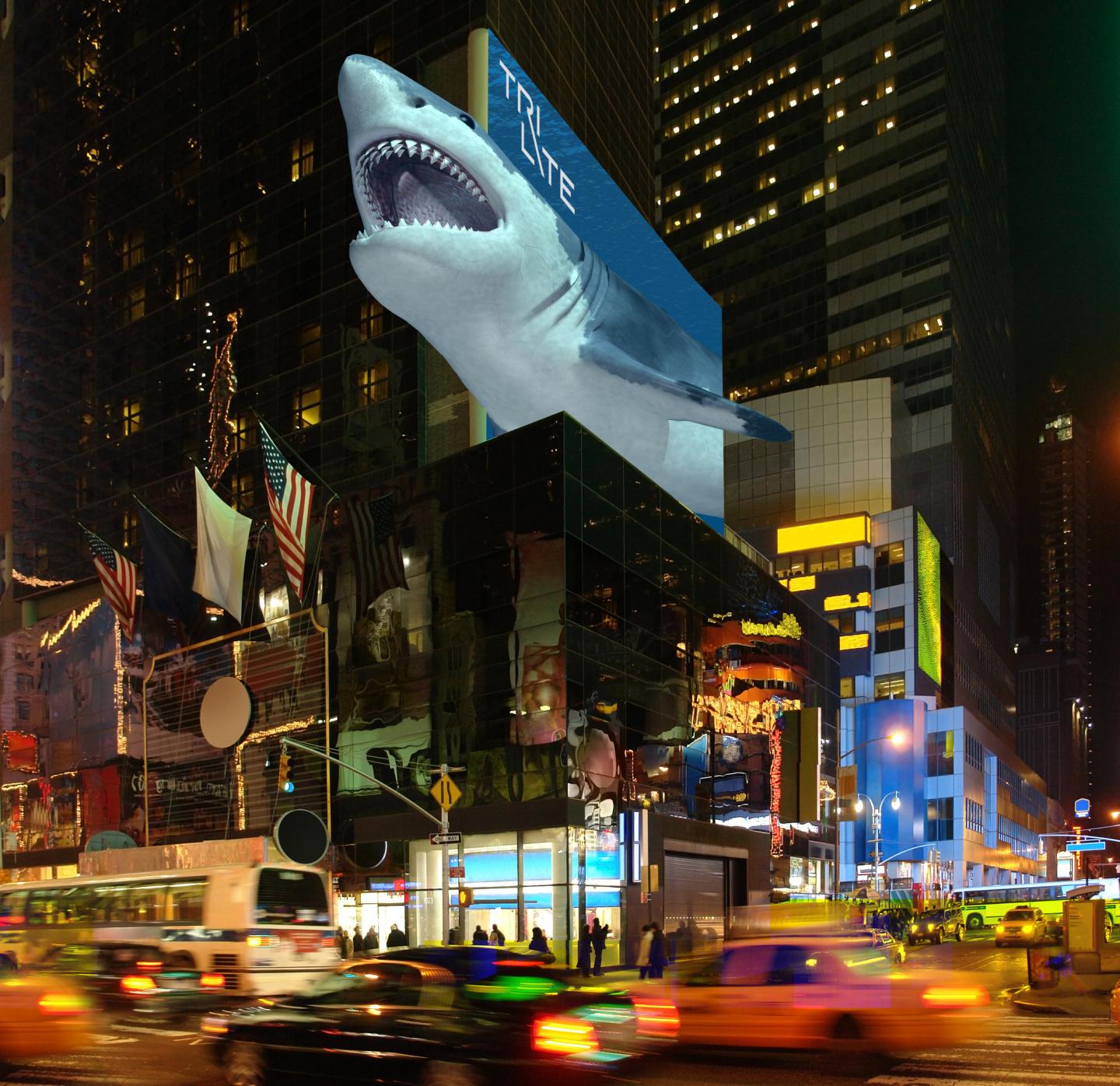 In 1989, Back to the Future Part II presented a futuristic vision for 2015 that included video chat, hover boards, and flying cars.

Of course, video chat is a part of daily life now, but we’ve yet to see cars that fly or boards that hover. However, it seems that one of the technological innovations from the movie might be a possibility — just in time for “Back to the Future Day”, which is coming up on October 21.

According to EurekAlert, 3D displays are just around the corner. TU Wien and TriLite Technologies are presenting a display element that uses moving micro mirrors and micro optics to project different pictures in different directions, thus creating 3D displays without the need for 3D glasses to get the effect.

In the movie, Marty McFly (Michael J. Fox) travels to October 21, 2015 from the year 1985. In the future, he is astounded to see a giant display on top of a movie theater in which a realistic 3D shark jumps out at passerby.

While there were no concepts for such technology in the 80s, this technology is within reach in present day, reports Phys Org.

TU Wien and TriLite Technologies developed the first prototype several months ago. Each 3D pixel of the display (called “TrixelTM”) consists of a moveable mirror and a laser. The laser beam is directed across the field of vision via the mirror from left to right. During this movement the image information changes — basically, a different picture can be sent to a viewer’s right and left eye, creating a 3D effect without the need for 3D glasses.

A much more advanced second prototype has been presented; a full color display in which each Trixel has been equipped with three lasers – red, green, and blue. The module consists of 12X9 Trixels, enabling a number of modules to be assembled to create a large display.

With the software already developed for movies, “we can use any off-the shelf 3D movie and play it on our display,” said Jorg Reitterer of TriLite Technologies and PhD student in Profressor Ulrich Schmid’s team at TU Wien.

The software for controlling the modules and displaying movies has already been developed. We can use any off-the-shelf 3D movie and play it on our display.

While the basic technology for the display was created in 2011, three research institutes have been working on different tasks for the last four years to optimize the display. “The technology is now ready for the market, and we are looking for partners for mass production all over the world,” said Franz Fidler, CTO of TriLite Technologies.

The basic technology was invented by TriLite Technologies in 2011. At TU Wien, three research institutes worked on different tasks such as steering the Trixels and optimizing the connection between them. The technology is now ready for the market, and we are looking for partners for mass production all over the world.

The 3D displays aren’t the only objects from the Back to the Future films to show up in real life. Last month, Tesla released their new SUV, which resembles the time machine from the movies.