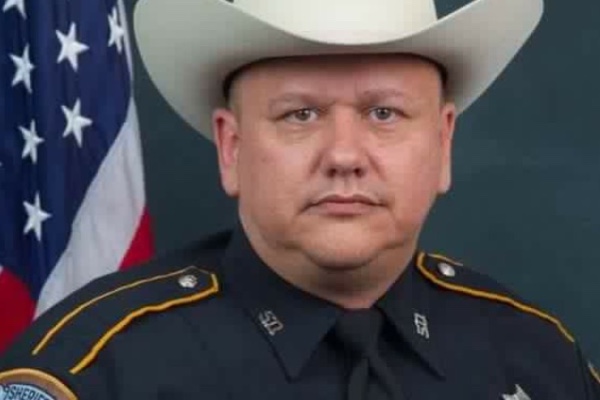 After the shooting death of a Houston-area deputy, Harris County Sheriff’s Office investigator Craig Clopton admitted to covering up an undeniable conflict of interest with the case. Deputy Darren Goforth was shot and killed in front of his romantic partner of over a year, a woman with whom Craig Clopton admitted to engaging in consensual sexual contact during the course of the investigation.

According to ABC News, Clopton was removed from the case immediately upon discovery of his affair with the key eyewitness. This comes on top of pre-existing concerns about the inherent bias of the HCSO investigating the death of one of its own members. Yahoo News corroborates the fact that the key witness was sexually involved with both the murdered deputy and HCSO Sergeant Clopton.

This news also brings up suspicions regarding the reliability of the witness’s testimony. According to KHOU, Deputy Goforth was with the woman in question at a gas station in northwest Harris County when defendant Shannon Miles allegedly fired 15 rounds, killing him on the scene. In order for the shooting of a police officer to be considered capital in the state of Texas, the officer must be killed in the line of duty. The sheriff’s office contends that, instead of visiting the gas station solely for the purpose of meeting with his mistress, the deputy was on duty at the time of the shooting.

However, now that the testimony of the key witness has been clouded by news of her affair with investigator Craig Clopton, whether or not the crime can be considered capital – and thereby punishable by death – will be even more difficult to ascertain.

While the spotlight now rests firmly on Clopton and the HCSO, fallen Deputy Darren Goforth was the subject of a wildly successful GoFundMe campaign in order to raise money for his wife and children. Harris County’s hearts go out to his family and hope that news of this further complication in the investigation into his death does not cause too much pain.