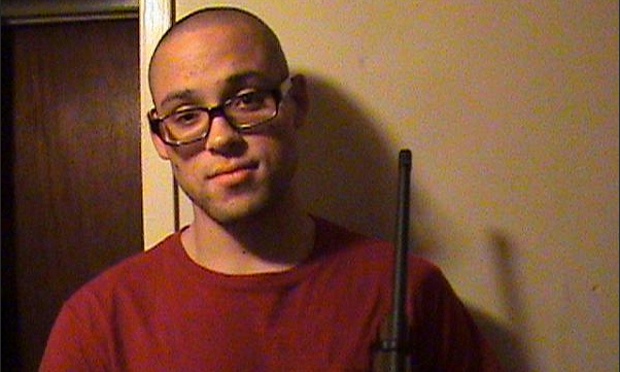 The man behind the shooting at an Oregon community college was unhappy that he couldn’t find a girlfriend, according to a manifesto he left for police.

Investigators revealed that twenty-six year old Christopher Harper-Mercer was unhappy with life, and that he felt everyone around him was crazy. His complaints included a rant about not being able to find a girlfriend; an eerily similar justification for killing shared by Elliot Rodger, who went on a shooting spree last year at a college in Santa Barbara, California.

Mercer’s mother told police that he was struggling with his mental health prior to the incident.

“I am going to die friendless, girlfriendless, and a virgin”, he reportedly wrote. The Daily Dot described Mercer’s frustration as “toxic masculinity” in that his rage at being a virgin caused him to lash out because he didn’t feel he was a “real” man.

The shooter stormed a Umpqua Community College classroom earlier this month, opening fire on his classmates and a professor.

In the midst of his killing spree, Mercer instructed one of the students to stand up.

You, with the glasses. Stand up.

The student, who doesn’t want to be named, was told he would be shown mercy if he delivered a message to police.

At that point three people had already been killed, so the student complied.

CNN reports that after handing the student an envelope with a flash drive inside, he was instructed to sit in the back of room and watch while the gunman resumed shooting people in the class.

Mercer executed six more people on that fateful day, fatally wounding eight students and one professor before he took his own life.

The carnage that the surviving student observed has traumatized the young man whom Mercer called “the lucky one.” He later turned over the flash drive to police, who have gone through his manifesto, which details Mercer’s grievances with life.

The surviving student’s mother told reporters that he’s having difficulties dealing with what happened. “I don’t think he can register what happened yet”, she said. “It’s just too much.”

President Obama traveled to Oregon to meet with the families of the fallen victims last week. He has also called for stricter gun laws in wake of this shooting, citing the unacceptable frequency of mass-shootings in the United States.