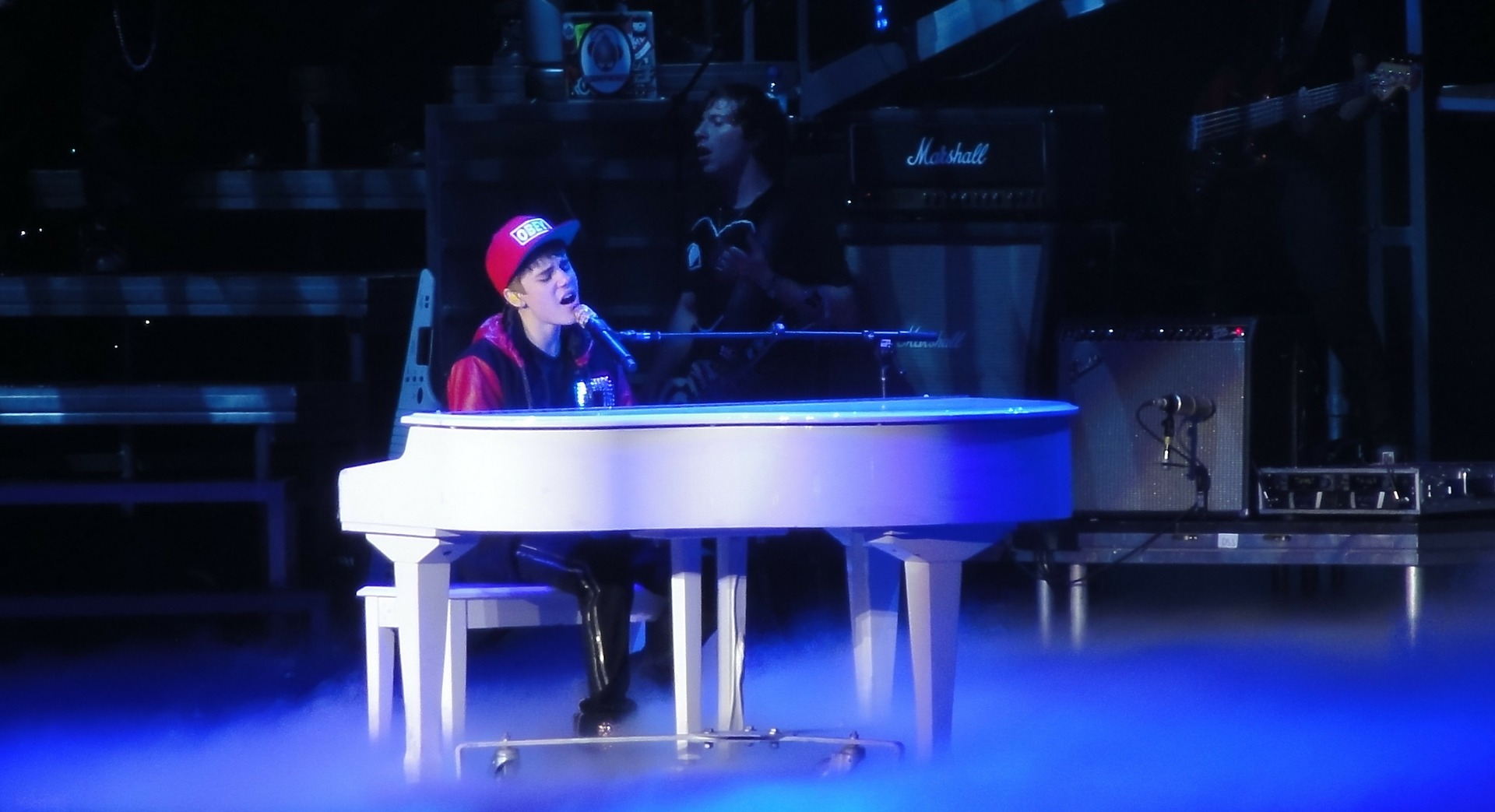 Kim Kardashian’s sister Kourtney, the 36-year-old mother of three and star of the hit television series Keeping Up With the Kardashians, was spotted leaving a restaurant with pop sensation Justin Bieber on Friday night.

The Bieb, who used to be Kourtney’s neighbor in Calabasas, could be seen wearing an army-esque camouflage jacket, hat, hoodie, black pants and white slip-on shoes. Kourt on the other hand wore black high heels, tight white-ish pants and a beige colored top.

The pair was spotted at The Nice Guy, a restaurant in California’s West Hollywood, E! Online reported.

While the two dined separately with different parties at the West Hollywood restaurant, they reportedly left together in the Bieb’s black Escalade and headed on over to Universal Studios Hollywood where they spent some time together — enough so to snap a selfie and post it on Instagram.

Universal Studios is hosting Halloween Horror Nights, which run from 7 p.m. to 2 a.m., but it isn’t clear just how long the two celebrities stayed prior to their departure.

The mother of three is newly single after having called it off with her on again, off again boyfriend, Scott Disick. Kourtney and Disick have three children together, the youngest of which, Reign, is just six months old. The oldest, Mason, is 5-years-old and the middle child, Penelope, is three.

While Bieber and Kourtney are hanging, Yahoo News reports that her ex, Disick, doesn’t appear to have completely moved on, as he re-posted a nude photo from her Vanity Fair shoot with a caption referring to her as “1 hot mama.”

What do you think of Bieber and Kourtney’s hangout session, are the two hitting it off or are they just friends?